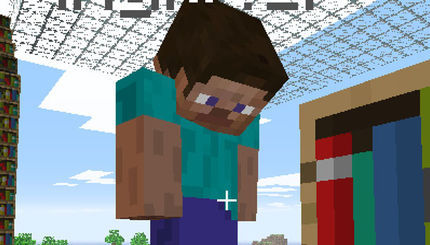 4.7
Mineorama, the Minecraft convention scheduled to take place in mid-July that was canceled at the last minute—and with more than $500,000 spent on advance tickets—insisted that it was "not a scam," and that another event would be scheduled to take its place. But many ticket buyers worried that they had indeed been conned, and it's starting to look very much like that's exactly what has happened.

The whole Mineorama situation looked dodgy from the moment organizers announced, "with deep regret," that the event had been postponed and that refunds wouldn't be offered. The sheer amount of money on the table made the likelihood of a scam an alarming prospect, and while the people behind it promised that they were "sincerely attempting to make this right," as Kotaku has noticed, it seems that what they've really done is take a powder.

The Mineorama website has been suspended by its hosting company, while the Mineorama Twitter account has been taken over by a "16 year old kid" who's spent the past few days using it to ridicule the "real" Mineorama. He acknowledged that he'll likely be forced to return the account to the legitimate owners if they request it, but as of roughly 30 minutes ago that hasn't happened.

I suppose it's possible that the rescheduled event could still take place, and that organizers are simply working so hard to make it happen that they just haven't noticed their website and Twitter account have both stopped working. But at this stage, as much as I hate to say it, it doesn't look very likely; Kotaku spoke to one person who was able to get a refund from his financial institution and another who's working on it, and neither had heard a thing from anyone at Mineorama. Mineorama "Executive Producer" Lou Gasco, meanwhile, hasn't tweeted since July 8, when he promised that all questions would be answered on a forthcoming Twitch livestream. That, of course, hasn't happened either.

Was Yogscast behind this?

Maleovent This is why I hate minecraft and it's fans.

you made no point there. just one cause and everything has to be hated?

Exactly. This had nothing to do with Minecraft itself, hence the word "unofficial".

Maleovent This is why I hate minecraft and it's fans.

you made no point there. just one cause and everything has to be hated?

This article is literally over 5 months old. This information was just released by Kotaku and pcgamer because there wasn't much in the news world today. This is a low grade article and has been reported on slow days by many websites, some even non-gaming.
Sources:
http://www.clickorlando.com/news/controversy-sparked-over-minecraft-convention-in-central-florida/25141026
http://www.reddit.com/r/Minecraft/comments/218p7t/beware_of_minecraft_convention_scams/
https://www.youtube.com/watch?v=n5vh6Ax3BGI
http://www.reddit.com/r/Minecraft/comments/2a4ky2/this_video_covers_the_mineorama_scam_minecraft/

This is why I hate minecraft and it's fans.

People should have seen this coming when the place that it was meant to be hosted at said they had received no money.

This is really sad, im pretty sure something like this happened a couple months ago also. Hopefully the people will get there money back.

Thats sad. I feel for the people that made an effort to get there.

WOW! This news are so old. Couple months old.