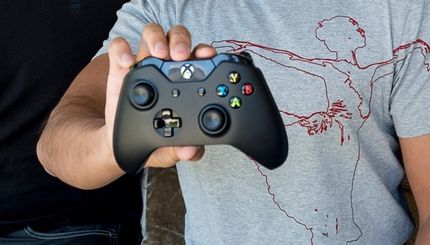 4.6
A five-year-old boy who worked out a security vulnerability on Microsoft's Xbox Live service has been officially thanked by the company.

Kristoffer Von Hassel, from San Diego, figured out how to log in to his dad's account without the right password.
Microsoft has fixed the flaw, and added Kristoffer to its list of recognised security researchers.
In an interview with local news station KGTV, Kristoffer said: "I was like yea!"

The boy worked out that entering the wrong password into the log-in screen would bring up a second password verification screen.
Kristoffer discovered that if he simply pressed the space bar to fill up the password field, the system would let him in to his dad's account.

Kristoffer's name now appears on a page set up to thank people who have discovered problems with Microsoft products.
The company also gave him four free games, $50 (£30), and a year-long subscription to Xbox Live.

tattooedsins I still wonder why people keep supporting this money hungry company and xbox 360/xbox one.. wake up people

You are the one who needs to "wake up". The whole point of a business is to make money, not lose it. I hate communists like you who put down others for chasing the money.

Ferz- shows how smart Microsoft are.

They owe that kid a hell of a lot more.

tattooedsins I still wonder why people keep supporting this money hungry company and xbox 360/xbox one.. wake up people

Because there a good company.

shows how smart Microsoft are.

I still wonder why people keep supporting this money hungry company and xbox 360/xbox one.. wake up people

His dad probably took all the games and money lmfao. What a smart little boy.

I saw that on my local news yesterday. Pretty impressive

I think it's funny that everyone actually thinks he meant to do this. Do you really think a 5-year old kid was knowing what he was doing? I would bet that it was a complete accident. But nonetheless it is pretty cool and he's a lucky kid.

I bet they will offer him a job later on. Smart kid, did the right thing.