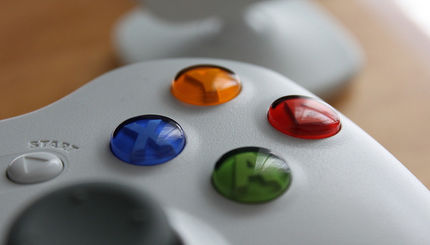 4.8
While Microsoft has made a big fuss about adding Skype support to the Xbox One console, the company has yet to release a Skype app for the eight-year-old Xbox 360. Unfortunately, it appears that Microsoft doesn't want to comment on any plans to add Skype to its second-generation gaming machine.

In IGN's latest "Ask Microsoft Anything" Q&A, Xbox platform architect executive Marc Whitten flat out dodged a question from a fan who asked about that subject. Whitten's answer was simply, "For now, our focus is on making Skype on Xbox One a premiere experience." Hopefully, the "for now" part of the answer simply means that Microsoft might offer an Xbox 360 app at some point in the future.

In another part of the Q&A, Whitten also said Microsoft has no plans to support HD DVD on the Xbox One. The company placed its bets on the high definition disc movie standard when it launched an HD DVD add-on for the Xbox 360 in 2006. In the end, the format lost out to Blu-Ray, which Sony not only backed but put inside every one of its PlayStation 3 consoles. Now it looks like the few remaining HD-DVD add-ons will have to remain hooked up to an Xbox 360.

Yet another question asked Whitten if Microsoft plans to let Xbox One owners access old gamertags that have been left behind by inactive Xbox 360 users. Whitten seemed to hint that might happen, saying, "We’ve released inactive gamertags in the past, but it’s been a while. Stay tuned."

You must be kidding? The whole party chat and all mic talk is powered by Skype on the Xbox One.

Party chat actually isn't, Skype and Party on Xbox One are different, I would like to see this implemented on x360 so people can talk across the One and the 360.

lel I would prefer to use my pc

Yah i dont really see this being too big

Microsoft are going to shut down the servers :O

I would prefer to use my pc

Who cares about the skype app for 360. Take it off and put something better up there.

I feel like the 360 doesn't need Skype. We have party chat.

Cool idea i thought it was

The stuff about inactive gamer tags is interesting :think:

skype on the 360 would be very cool