New Screenshots From Stalker 2 Show Off Its Jaw-Dropping Visuals 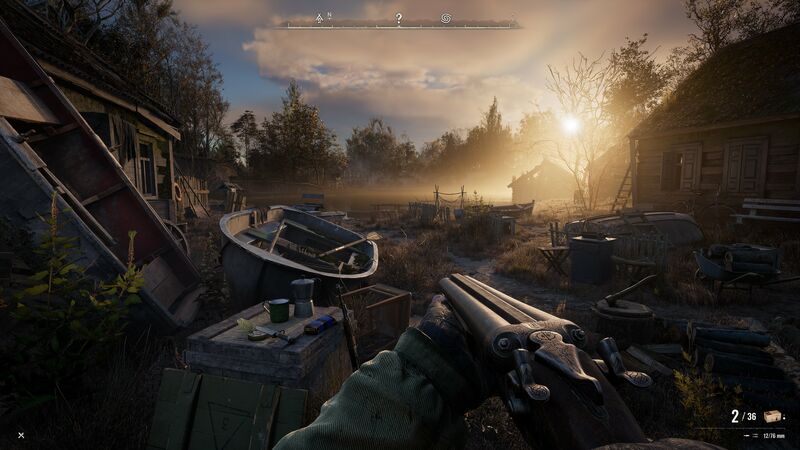 4
In a recent interview with Wired, the lead producer behind S.T.A.L.K.E.R. 2: Heart of Chernobyl, Maria Grygorovych, answered some questions about the difficulties of developing a highly anticipated game under the shadow of the Russian invasion of Ukraine, along with sharing some new in-game screenshots from the title.

The development process for S.T.A.L.K.E.R. 2: Heart of Chornobyl started back in 2018, targeting a release on PC and Xbox Series X|S in Spring 2022, but the Russian invasion of Ukraine significantly interrupted the development process for Kyiv-based studio GSC GameWorld. This resulted in a long delay of S.T.A.L.K.E.R. 2 to 2023, which required a relocation of the studio from Kyiv to Prague, Czech Republic.

"The inner relocation was pure chaos and mess," says Maria Grygorovych. "Renting a car was an almost impossible task, and the railway and bus stations were flooded with people." According to Wired, the leadership of GSC GameWorld needed to evacuate 500 people, including developers and their families. While most of the developers managed to move to Prague, a significant number of team members stayed in Kyiv, with some heading to the front line of war to defend their country.

This relocation did come at a cost for the studio, however. The team was forced to leave behind a motion-capture studio in Kyiv. Also, its embers couldn't move all the devices they had in the studio. Developers only managed to grab what they could carry next to a suitcase of their own requirements like clothes and food.

With all these difficulties, GSC GameWorld is currently working at full capacity to deliver S.T.A.L.K.E.R. 2: Heart of Chernobyl sometime this year. The recently shared screenshots from gameplay show off incredible visuals with almost no sign of downgrade compared to what we previously saw from the title in Microsoft and Bethesda's showcase back in 2021. The textures look pretty impressive, with the lighting system applying a high level of depth and realism to the game. You can also spot the in-game HUD, such as bullet counts and a radar function at the top.

Get your guns ready and two additional screenshots as well, stalker! These lands may seem vast and desolate, but… A single slowdown will make you a prey, in any of these moments.

Pre-order your pass to the Zone ➡️ https://t.co/3macPTkUFV


Maria Grygorovych believes that S.T.A.L.K.E.R. 2: Heart of Chernobyl is now more than a simple game to the studio and to the people of Ukraine. "It’s a national product now, aimed to show that Ukraine is not only exceptionally effective and brave on the battlefield, but also equally valuable in a sense of cultural legacy. Something to be shown to the world," says Grygorovych.

Despite the fact that S.T.A.L.K.E.R. 2 is supposed to be an Xbox Series X|S console exclusive, some leaked data previously revealed that the exclusivity deal would only last for three months.

"New Screenshots From Stalker 2 Show Off Its Jaw-Dropping Visuals" :: Login/Create an Account :: 2 comments

can't wait for the release

Yeah this looks sick honestly this will be funn.