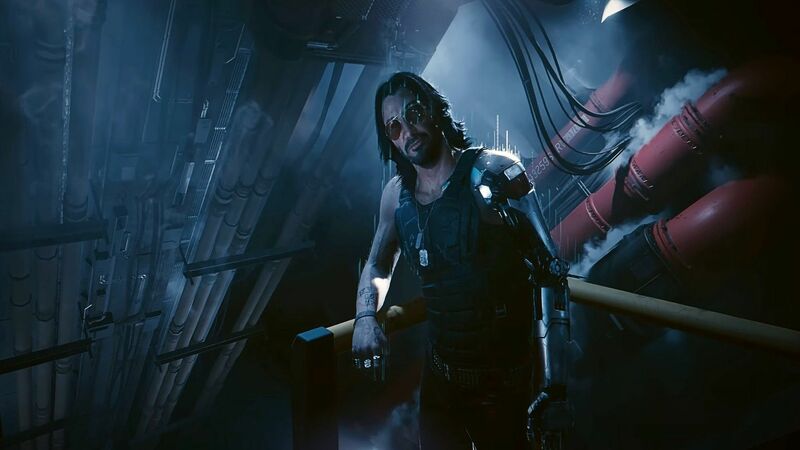 4
Cyberpunk 2077's Phantom Liberty DLC is sounding like it's going to be pretty, pretty big. CD Projekt Red is no stranger to ambition, sometimes to its own detriment, but it creates things at an absolutely massive scale. The Witcher 3 has a story that is about 55 hours long and can go into the hundreds of hours once you lump in optional side quests, the DLCs, and much more. It's an incredibly expansive game and so is Cyberpunk 2077. Although the game wasn't received quite as strongly, Cyberpunk 2077 did manage to give players a ton of content to partake in and it sounds like it won't skimp out on that kind of stuff in its DLC.

At The Game Awards 2022, CD Projekt Red revealed the first look at Cyberpunk 2077: Phantom Liberty, a new expansion for the game that will introduce actor Idris Elba into the Cyberpunk universe. Fans are understandably pretty excited for this game and CD Projekt Red has only increased the hype with some recent comments. As spotted by WCCFTech, it was noted by CD Projekt Red IR Manager Marek Bugdoł during a recent interview with Polish publication Parkiet that the Phantom Liberty expansion will be the "biggest addition in the studio's history". It was later clarified by CDPR that this was in reference to the DLC's budget and not necessarily the amount of content, but it does still bode well. Obviously, CDPR is likely paying quite a bit to get Keanu Reeves and Idris Elba in the game, but it can likely be assumed a lot of money is being invested into the playable content as well.

The Witcher 3 had a couple of truly massive DLCs that were probably better than some of the games they released around. They were great stories, but also exceptionally lengthy, meaning you got a real bang for your buck. Fans can only hope Cyberpunk 2077: Phantom Liberty will do something similar.

let's hope it's not a let down when the DLC is released like the main game was, with all the terrible bugs

Suppose to be good since they're saying it's the "biggest addition in the studio's history".