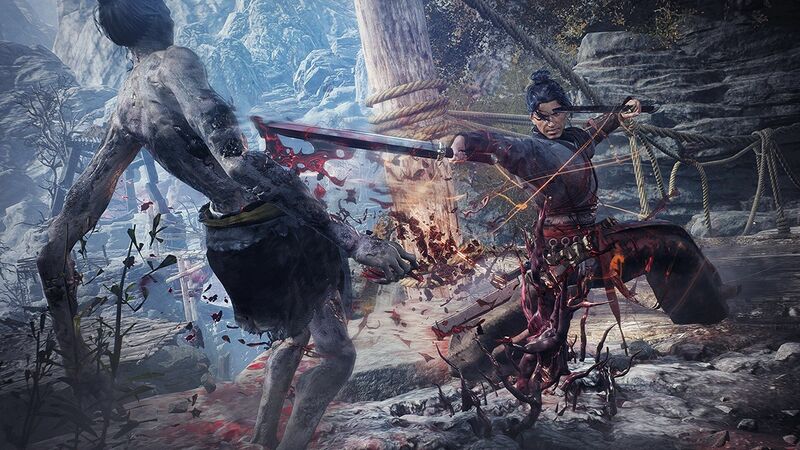 3.5
Wo Long: Fallen Dynasty is a game that'll feel familiar to those who orbit the "masocore" genre it strives for (or simply the SoulsBorne games, if you prefer that term), but it's far from an imitator. It's got unique ideas on its own which, admittedly, could be explained better from time to time, but once you get the hang of things, it makes for a rewarding, challenging take on this hardcore sort of experience.

From the start, Wo Long throws a lot at you. It's got Spirit meters, Morale Ranks, melee combat, and magic, and while those things bear strong resemblances to related mechanics found in other action games like this one, it takes a bit to view things through the lens Wo Long hopes you will. That means that your first few moments in the game, even if you're familiar with the gist of well-timed blows, parries, and resource management, you'll probably be spamming actions a bit to see what works and what doesn't.

It doesn't take long after that before things start falling into place, and once they do, Wo Long's reward factor ramps up right alongside its difficulty. The Morale Rank system mentioned previously adds insult to injury after you're beaten and your number goes down while your victorious opponent's rank goes up. It's a clever twist on the system of regaining lost resources before dying again and really makes you think about your strategies and whether or not fighting an enemy that previously beat you is worth the hassle or not.

Seeing magic implemented in Wo Long was one of the biggest combat surprises – in a game like this that punishes mistakes and rewards split decisions, the scope of how you can incorporate magic into your combat strategies was unexpected. For some of the larger optional enemies, a poison effect worked wonders to whittle them down when you're obviously at a disadvantage. For those quicker enemies who tend to space themselves apart from you after brief encounters, a mid-range lightning bolt keeps the engagement going and allows room for you to continue your assault. It's a bit spammier than expected, but looking at the elemental skill trees gated off in different tiers of powerful magic is an inspiring preview of what's to come.

It's not always productive to compare games like this too heavily to the SoulsBorne games since those comparisons will naturally be drawn, but if one were to find similarities between Wo Long and FromSoftware's other titles, it's closest to Sekiro: Shadows Die Twice. In fairness to the latter, however, the action does not seem quite as tight in Wo Long. Jumping and mid-air acrobatics, for example, seem quite choppy and less fluid than expected, though the tempo of combat is comparable enough to interest those who prefer a more aggressive formula.

The enemy designs leave a bit to be desired, too, though with only two chapters experienced thus far, there's room for improvement. The idea of malevolent forces possessing and strengthening humans, beasts, and everything in between provides ample opportunities for memorable encounters so long as Wo Long can capitalize on it.

I went into Wo Long fully expecting it to be a SoulsBorne imitator (this is my first Team Ninja game, in fairness), and came away surprisingly pleased with the experience. Even after putting the game down, I found myself thinking about various combat encounters and how my strategies progressed over time following death after death against a boss and wondered how they would've progressed further if I went back and fought them again. That kind of persistent "one more fight" quality Wo Long boasts is a powerful one and will be one of its strongest selling points for those looking to return to the genre or to get hooked on it for the first time.

Wo Long: Fallen Dynasty is scheduled to release on March 3rd for the PS5, PS4, Xbox Series X|S, Xbox One, and PC platforms. A preview code was provided by the publisher for the PC platform.

Looks like a good game looking forward to March

Reminds me of an old game I played on the original Xbox. You just attacked army's on a horse usually or off of it and your points would add up like crazy and you'd specials