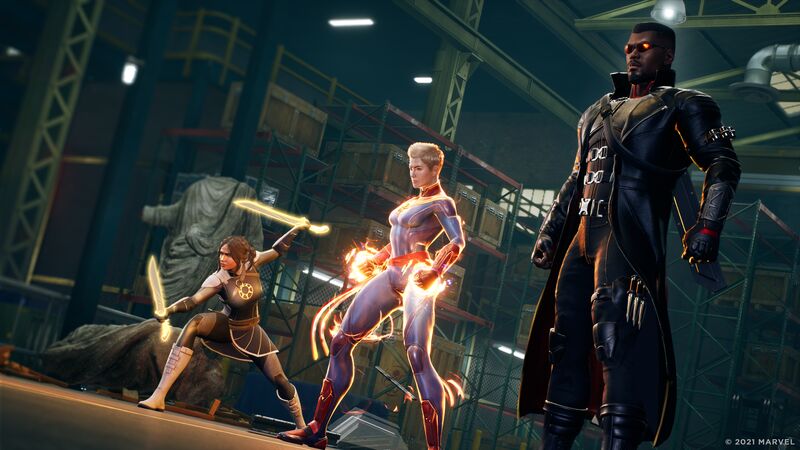 3.7
Marvel's Midnight Suns has released a new teaser for the upcoming DLC, which will feature Deadpool. Marvel's Midnight Suns was released back in December 2022 and was a surprise hit for the year. The game was an incredibly fun turn-based strategy game that offered a lot of depth for some of the most beloved characters in fiction. Sadly, it also came out during a really busy time of year and was overlooked by a lot of people as a result. However, it's possible Marvel's Midnight Suns will get a second wind in 2023 with all of the post-launch content it is planning.

A new teaser for the upcoming Deadpool DLC pack for the game was released on Twitter. Deadpool was a prominent character featured in the marketing leading up to the release of Midnight Suns despite the fact he's not actually in the game at the moment. He was there more to promote the season pass by teasing new DLC characters like Venom, Morbius, and so on. Deadpool will be the first DLC character for Midnight Suns and the new video is yet another meta fourth-wall breaking teaser. The Merc with a Mouth speaks directly to the audience about his absence since his viral marketing campaign ended and teases that he will be coming to the game soon. The Midnight Suns Twitter account confirmed that more news on the game's first DLC is coming tomorrow, January 19th, at 9AM PT.


So, we won't have to wait too long to find out when we get to play as Deadpool or what we'll be doing with him. It's unclear if this will just make Deadpool a playable character within the content that already exists for Midnight Suns or if there are any kind of significant story expansions planned for these DLCs. We're also still waiting to hear when the game will arrive for Xbox One, PS4, and Nintendo Switch, so maybe we'll get some news about those parts tomorrow as well.

he is certainly a great character for this game

Mann blade looks soo sick ! But can't believe they made this game a card game lol could have been soo good! I hope we get a blade video hawk for the new movie !