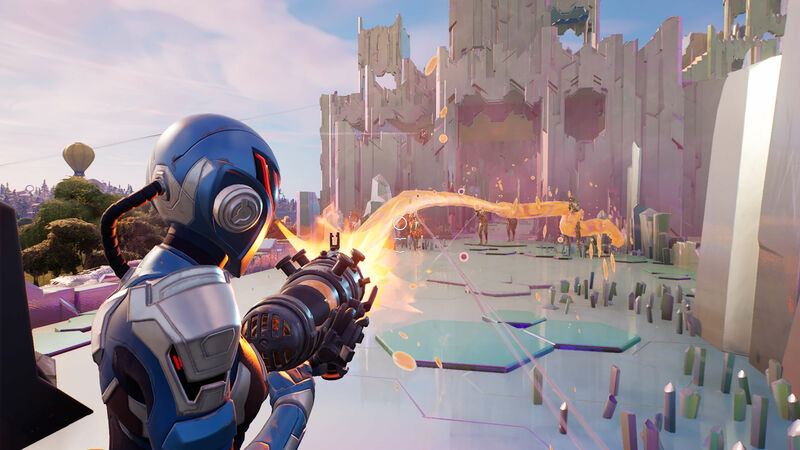 4.8
The dataminer known as GMatrixGames recently shared a series of images on social media, revealing for the first time what the Unreal Editor for Fortnite has in store for content creators. The studio behind the software, Epic Games, originally planned to launch the program back in December, but wound up delaying the release into January before pushing things back even further.

While the release date remains unclear, what content creators can expect from the Unreal Editor for Fortnite is relatively well known. GMatrixGames dove into the details about features, revealing that fans of the franchise can expect to find a news feed, some tutorials, and of course a Content Library containing a collection of meshes by SketchFab, a company that was acquired by Epic Games in July, 2021.


The aforementioned Content Library will apparently feature everything from animals and electronics to weapons and consumables. “There are also many templates you can use, many including ‘Verse’ code as an example,” the dataminer pointed out on the same social media platform. GMatrixGames went on to describe how the “Battle Royale Island is not editable or even loaded here, just the spawn platform where you can put devices.”

This comes in the wake of news that players in Fortnite have been lamenting the return of hurdling and Shockwave Hammers. The former in particular seems to have attracted the most ire. “I hate the hurdle mechanic,” the title of a popular thread on Reddit remarks.

These last 2 seasons for fortnite have been the best ! Since like chapter 1 easily