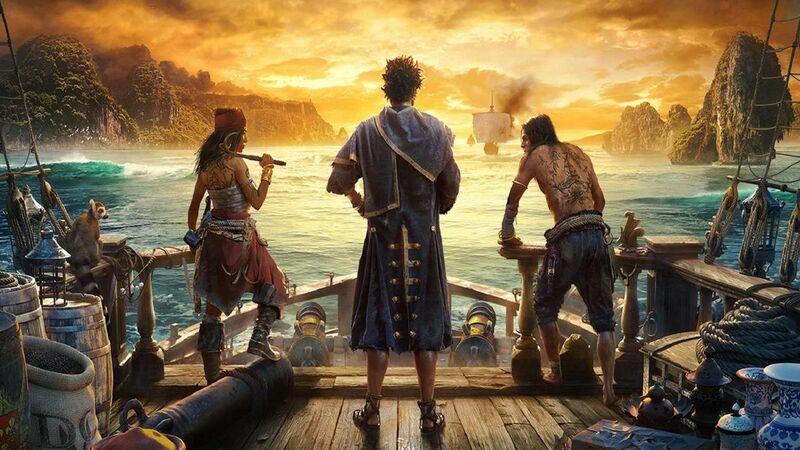 3.5
The official Twitter account for Skull and Bones has shared a new statement, saying that a new release date will be shared "very soon."

Ubisoft's upcoming pirate game was delayed yet again this week, moving the release date from March 9th, 2023, to an undisclosed date somewhere between April 2023 and March 2024. The news was quietly announced during a Ubisoft financial call, but a new statement from the Skull and Bones team has shed light on the continuing development issues.

"Our determination and focus remain the same - offer the best in-game experience possible to our player from day 1", the announcement reads. The Skull and Bones team go on to state that the extra time will allow them to provide further polishing and balancing to the game experience, which reportedly comes following feedback from previous playtests.

"We also have an array of exciting content coming up on our social channels", the studio confirmed. A new episode of 'The Deck' is set to release later today, featuring new and exclusive gameplay footage focused on the game's lore.

Although new gameplay footage is great, the important part of the announcement comes towards the end of the post. Ubisoft says that "additional information regarding [Skull and Bones'] new release date and upcoming tests phases will be shared with you all very soon." How soon exactly that is, remains to be seen.


It wasn't just Skull and Bones that suffered the wrath of Ubisoft though, as three unannounced games were also scrapped by the studio. Alongside this, Ubisoft also said that they were "surprised" by the underperformance of Mario + Rabbids: Sparks of Hope during the final weeks of 2022 and early January. The studio also stated that Just Dance 2023 did not meet their sales expectations either.

Despite Yves Guillemot, the Co-Founder and Chief Executive Officer at Ubisoft, saying they are "disappointed" by the company's recent performance, he does express that their back catalogue remains "very healthy." Titles such as Rainbow Six Siege and Assassin's Creed appear to be steering the ship at Ubisoft, unlike Skull and Bones...

This is gonna heavily disappoint when it comes out

Stop giving release dates....make the damn game and when its ready to go, you can go give the release date