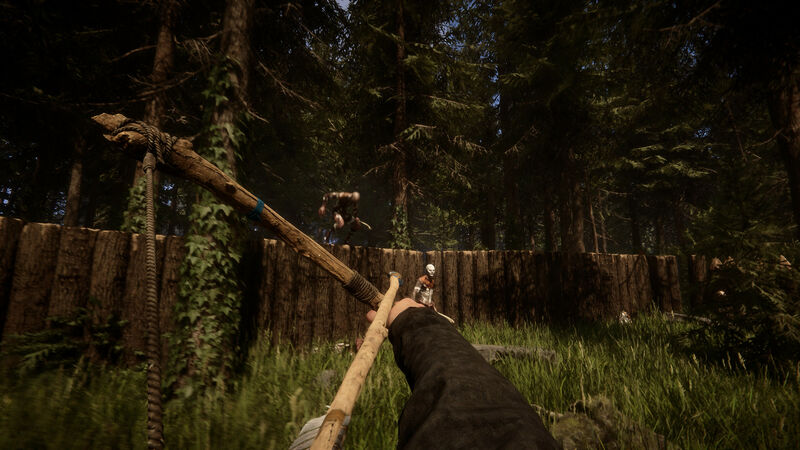 4
Sons of the Forest is nearly here and it will include a pretty awesome quality-of-life change to improve the gameplay. When The Forest was released a number of years ago, many quickly fell in love with it because it was a survival game that felt truly terrifying. Although it had interesting survival mechanics, the idea that something was lurking in the woods, watching you, stalking you while you gathered gear or hung out at your camp was enough to leave you on edge. It also helped that it could be experienced with friends, which made the survival elements more tolerable.

However, Sons of the Forest aims to enhance the survival experience for both solo and online players. As was revealed in a preview by IGN, Sons of the Forest includes an AI companion named Kelvin that will do all kinds of handy work for you. He will go collect wood for you and bring it back amongst other things to help you with the more mundane tasks in the game. With that said, despite the fact he is an AI, he has needs. He will need to be given food and water to perform efficiently and if he feels like he's not being treated well or appreciated by the player, he will perform worse. If you don't want Kelvin to stick around, you can kill him and he won't come back. According to IGN's preview, there are other AI companions that can be found, but you can not create an army of Kelvins to storm the forest with.


Given games like Minecraft, Ark: Survival Evolved, and Rust all have that early game slog where you start from nothing and have to go punch trees or whatever, it's great to see Sons of the Forest address this. Not only will it hopefully make the game more tolerable, but also prevent the player from total isolation. It remains to be seen if Kelvin can properly hold his own in a fight, though.

Sons Of The Forest will release on the PC platform on February 23, 2023. You can download the latest Sons of the Forest Trainer and cheats for free from WeMod.