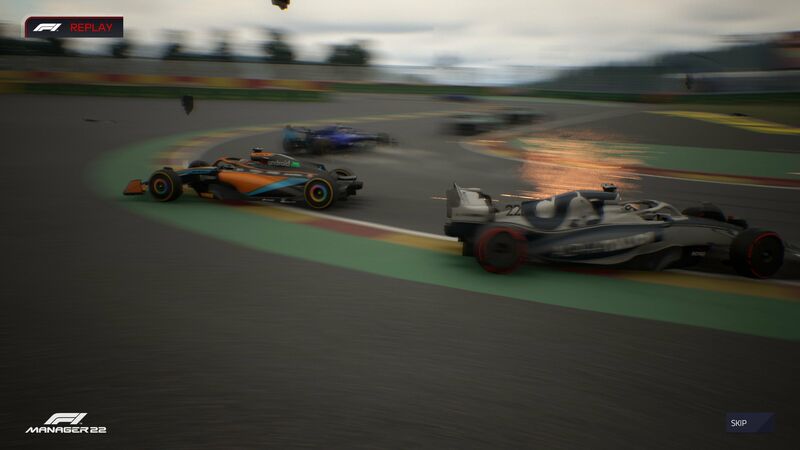 4.4
F1 fans got a double dose of gaming representation last year, with Frontier Developments entering the fray with F1 Manager 2022 to join Codemasters’ year F1 franchise. The management simulation title, however, doesn’t seem to have done very well for itself, at least from a commercial perspective.

In its recently published financial report, Frontier Developments has revealed that F1 Manager 2022 has sold over 600,000 units worldwide since its release in August last year. The developer states that though player engagement numbers were roughly aligned with projects upon launch and in the initial post-launch period, the game ended up performing “materially below expectations” in the Holiday period, “potentially due in part to increased player price sensitivity related to worsening economic conditions.”

Frontier Developments confirms that though prior releases like Jurassic World Evolution, Jurassic World Evolution 2, Planet Zoo, Planet Coaster, and Elite Dangerous have continued to perform to expectations, the below par sales of F1 Manager 2022 have resulted in the developer lowering its revenue and profit projects for FY23 and FY24.

In October, just a few weeks on from the game’s launch, Frontier Developments announced that F1 Manager 2022 would no longer receive further support as far as major new gameplay features and content additions were concerned.

congrats to them for selling so many units

I wonder how many units were refunded? :hmmm:

How is beyond me. Didn't know people really play this garbage lmfao

I've seen reviews say this game wasn't really that good, but I never played it. Hopefully they continue to produce F1 games to drive the F1 brand to the younger audience.