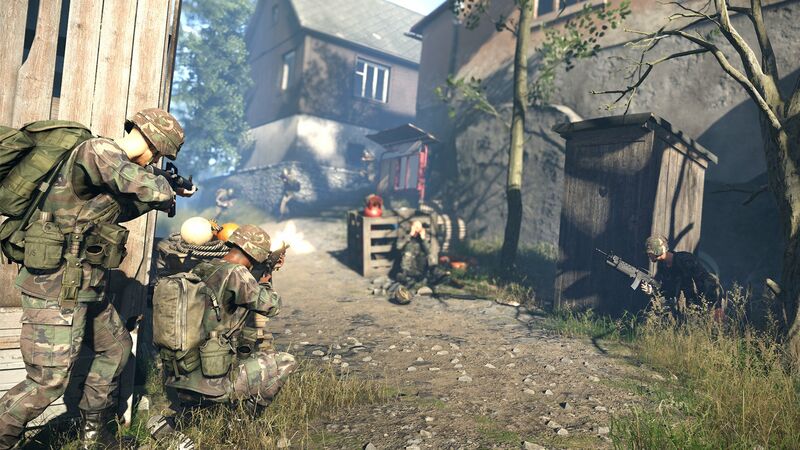 4
Bohemia Interactive recently shared the yearly statistics for 2022 regarding Arma 3 and the whole franchise, revealing the number of sales as well as some other information about the community's activity in Arma 3.

Over 2.2 million unique players were active in Arma 3 in 2022, with a whopping amount of nearly 74 million hours played. Back in April 2022, Arma 3 managed to reach the peak concurrent players on Steam with over 33K players, which is outstanding after over 9 years since the game's original launch.

During 2022, over 23K new items were added for Arma 3 through Steam Workshop, which reveals how active the modding community is even after all these years.

It is almost impossible to talk about military simulations without thinking of the Arma franchise. The series received some incredible news in 2022 from Bohemia Interactive, first by mentioning that Arma 4 was already in development, and then launching Arma Reforger as a new platform for the future of the series. That being said, Arma Reforger is still in the Early Access phase, and is not as well-received as Arma 3 by the community on Steam. The game's concurrent players have never been even close to that of Arma 3 since its launch.

As Bohemia Interactive itself revealed earlier, Arma Reforger is only a platform for gathering feedback for the development of Arma 4, but it remains unknown when we can expect a full announcement for the next big military simulation from Bohemia.

Although the Steam Winter Sale is over, you can still get 15% discount if you buy Arma 3 Ultimate or Apex Edition. Also, if you only need the DLCs, you can get Veteran's Pack with a 15% discount as well.

Good for them ! Almost 3 million sales