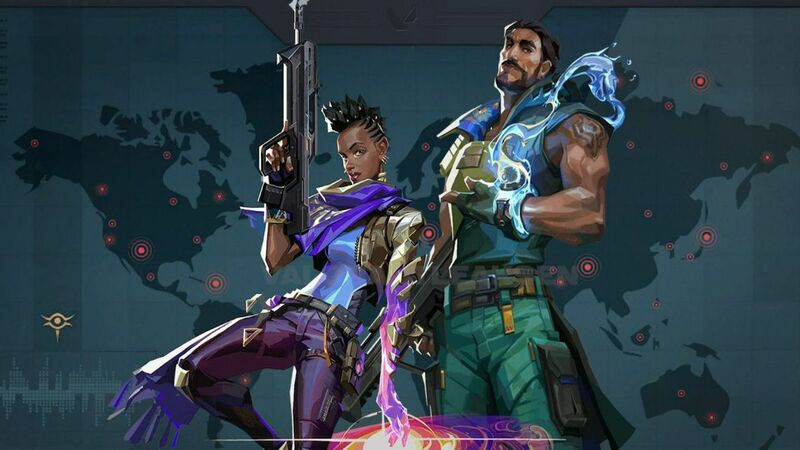 3.8
In an official trailer, Valorant has revealed a new three-site map set in India: Lotus. The location will launch alongside Episode 6: REVELATION on January 10.

On New Year's Day, the official Valorant Twitter account shared a teaser for the upcoming Episode. The 20-second video features Fade standing in the rain, a mysterious city, and a brief monologue. The tweet also hinted that more news would arrive on January 5. As fans theorized, Valorant revealed a dramatic and action-packed cinematic yesterday. Created in partnership with Blur Studio, the cinematic highlights the activities of Agents around the world, including Astra and Harbor in India, Fade in Turkey, and Raze, Killjoy, and Jett in South Korea.

The Lotus official map trailer, "City of Flowers," shows the mission of Astra and Harbor, briefly seen in the Episode 6 cinematic, in more detail. The video opens with the two Agents in an alleyway, where they sought cover to avoid enemy gunfire. Harbor shields Astra as she taps into her cosmic powers, floating in midair. The trailer walks through the new location via Astra's foresight, revealing a city of ruins overgrown with plants and a recurring lotus motif in the architecture.

Rediscover the wonders of the forgotten world on Lotus: a new 3-site map launching with Episode 6: REVELATION.


"City of Flowers" includes some gameplay footage, beginning at 0:45. The trailer shows Jett pressing a button embedded in the wall, causing it to glow and open a rotating stone door nearby. Jett dashes through a passageway, narrowly dodging enemy bullets. At 1:05, players can see another potentially useful feature of the new map: a silent drop. Brimstone slides down a steep hill in between a corridor and rounds the corner to swiftly eliminate an unsuspecting Sage.

Hinting at the lore behind Lotus, Astra states that the forgotten city is a powerful Radianite site. "They worked together? Guardians... and people," Astra said, marveling at an indoor amphitheater in the ruins. "Oooh! There's still so much I don't know!" Episode 6 may showcase more of Astra's powers as an astral guardian and her connection with the Indian city.

Valorant players have expressed their excitement for Episode 6 and Lotus. Some fans were surprised by the rotating door and are thinking of ways to take advantage of the mechanic during matches. Others were pleased by the opening dialogue of the trailer, said by Harbor: "kal aana," which means "come tomorrow" in Hindi. Valorant players based in India have used the line as a meme, taunting defeated opponents to "come tomorrow."

never played it, great to see they're adding new things to it for the players