Gran Turismo 7 Will Be A PSVR 2 Launch Title 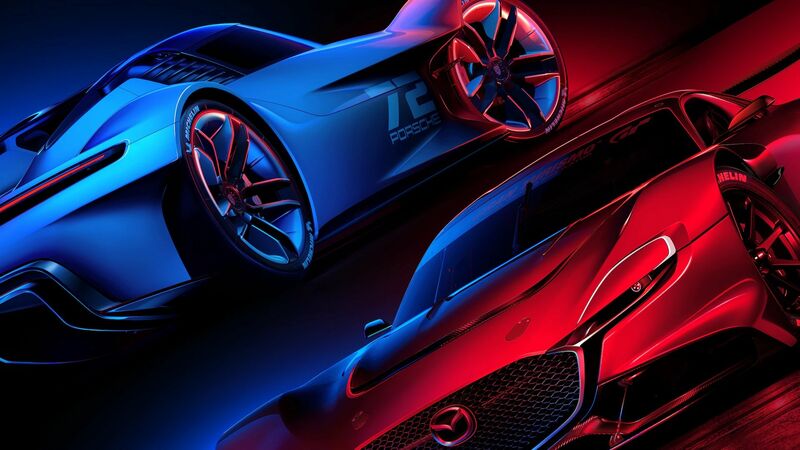 4.7
Sony has announced another launch-day release for the platform holder's upcoming PlayStation VR 2 headset (PSVR 2) and it's a pretty big deal for racing fans as Gran Turismo 7 is getting the PSVR 2 treatment.

Speaking on stage during Sony's CES 2023 conference in Las Vegas, company CEO Jim Ryan confirmed that Polyphony Digital's racing simulation will be releasing as a PSVR 2 launch game on February 22, 2023.

Details about Gran Turismo 7 for PSVR 2 are few, sadly, with the announcement being made without any accompanying PlayStation Blog follow-up or any official trailer for that matter. What we do know is that owners of the game won't have to pay any extra for the VR version as Gran Turismo 7 will receive a free update to patch in PSVR 2 support, which is a nice bonus for soon-to-be PSVR 2 owners.

However, just how much PSVR 2 support the game will get remains to be seen. This isn't the first time a Gran Turismo game has received VR support; Gran Turismo Sport got an update for Sony's original PSVR headset that added limited VR play. Players will no doubt be hoping that with the extra power afforded by the PS5 and the fancy tech inside the PSVR 2 goggles, Gran Turismo 7 will offer a more robust VR experience compared to the previous outing.

While details are thin on the ground at the moment with nothing more than the 30-second on-stage announcement at CES 2023, fans should expect more information from Sony and the game's developer, Polyphony Digital, in the very near future, most likely in the form of a lengthy blog post and a fancy feature trailer.

PSVR 2 will be releasing on February 22, 2023, and if you're in the market for the latest VR headset, pre-orders are open for all. However, at this time, the headset can only be pre-ordered directly from Sony, and it's not cheap. For the headset and the controllers, you're looking at $549.99, which is a touch more than the retail price for a regular PS5 console. All in, if you want to get stuck into the PSVR 2 and the experiences it will offer, be prepared to stump up almost $1000 for the privilege, and that's not even factoring in the cost of the games to play on it.

"Gran Turismo 7 Will Be A PSVR 2 Launch Title" :: Login/Create an Account :: 3 comments

what a waste for the VR2 ffs

At least it will be released next month

We need a good racing game though