High On Life Contains An In-Game Tribute To Speedrunners 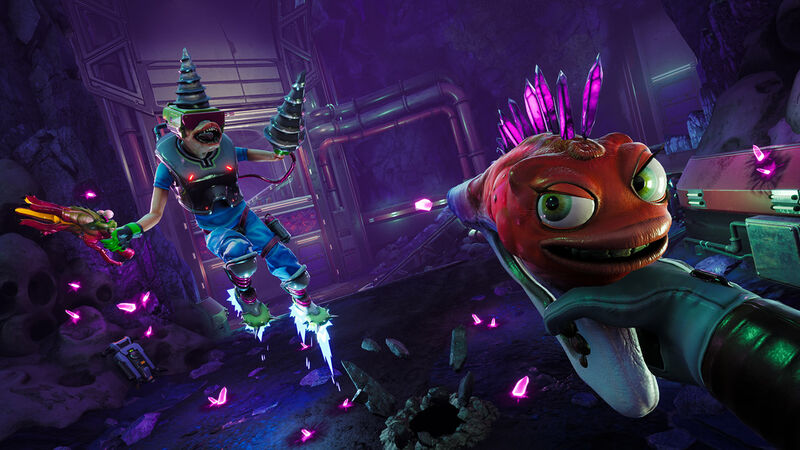 4.4
High On Life speedrunner Cracking Bananas recently uploaded footage showing multiple instances of the game – and the developers – being aware the players might be speedrunning, even going so far as to encourage the act through in-game dialogue.

The first time this inclusion appears is during Dr. Giblets' bounty mission where the player acquires the jet pack that allows them to fly over previously inaccessible platforms. In this mission, the player will be tasked with conducting an investigation to find out Dr. Giblets's location, which involves interrogating citizens, gathering clues, and defeating random enemies until they reach the specified location of the mission.

The thing is, if you already know where you should go, you can pretty much skip all the tedious investigation steps and random encounters with enemies using the jet pack. When the speedrunner is confronted by the crime boss 9-Torg's goons, he quickly moves past them, but that doesn't prevent them from leaving some snarky comments and insults to the player about how he is completely ignoring them, and your talking weapon actually joins in the banter by saying that the player doesn't have time and hopes the goons don't feel insulted.

This occurs once again when the player skips over the shopping district of Blimcity completely by using the jet pack to fly over it. The game pops up a pre-recorded notification to ask you if you are speed running, and then follows up with an encouraging message saying that it thinks that's cool and great, and also hopes the player gets a world record if they keep doing the speed running, as seen in the YouTube video below, courtesy of Cracking Bananas.

Even when the player is faced with a closed door after, the game also acknowledges that there are no shortcuts at the moment, and asks the players to do the investigation normally, which is a new level of self-awareness in the gaming medium. The gesture has also garnered praise from many fans acknowledging how supportive the developers are, and that they would love nothing more than to see the community enjoy the game in the way they think is best.

High On Life is a comedy first-person shooter game that has blown in success and fame thanks to its unique brand of comedy and the contribution of Rick and Morty's voice actor Justin Roiland. The game was crowned as the biggest Xbox Game Pass launch of 2022, and the biggest single-player Game Pass launch ever. It has also been listed as a top-seller on Steam in the same week of its release, and despite having an average Metacritic rating of 67-68, it has gained the support of many fans according to performance and sales reports.

"High On Life Contains An In-Game Tribute To Speedrunners" :: Login/Create an Account :: 4 comments

I'd say that's what the game had going for itself most to be honest! The small little interactions and TV shows and such. I wish the world was a bit larger though

be great if they start doing that for all games nowadays

What a cool fourth wall breaker. I remember a recent article on here about a game banned players from taking advantage of single play story glitches... this is like the complete opposite of that. Hopefully such an attitude inspires other developers!