GeForce Now is being upgraded to RTX 4080 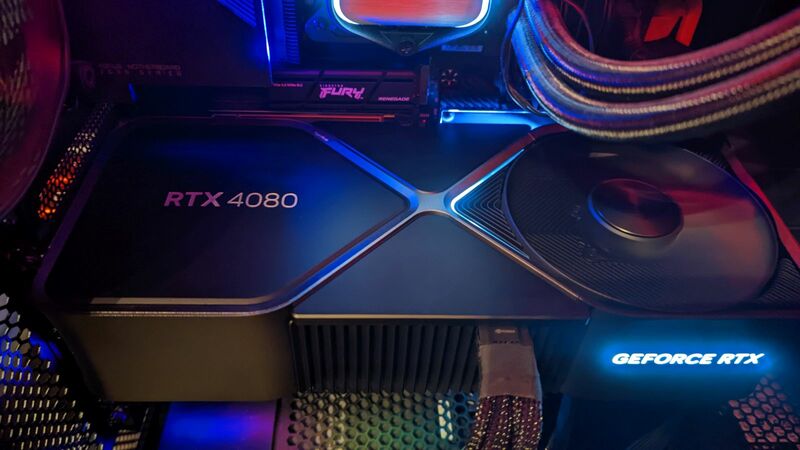 Starting later this month in North America and Europe, members of GeForce Now’s new Ultimate tier will see performance upgraded to RTX 4080 SuperPODs, which Nvidia claims will deliver over 64 teraflops of graphics horsepower to an individual user via the cloud.

According to the company, this is more than 5x the performance of an Xbox Series X and nearly 1.75x over the previous-generation SuperPODs, bringing it closer than ever to the feeling of a local gaming experience.

Ultimate users will be able to stream games at up to 240 frames per second from the cloud with full ray tracing and DLSS 3. With the addition of Nvidia’s Reflex tech, Now achieves click-to-pixel latency below 40 milliseconds, which it claims is a first in cloud gaming.

Current GeForce NOW RTX 3080 members will be upgraded immediately to Ultimate memberships, with new user sign-ups available today at $/€ 19.99 per month or $/€ 99.99 for six months.

“Nvidia’s Ada architecture is a big leap in graphics quality, and through GeForce Now we’re streaming an RTX 4080 experience to more devices and more gamers than ever,” said Jeff Fisher, senior vice president of GeForce.

“GeForce Now Ultimate members will have the technology and the performance to experience even the most demanding games in their full ray-traced glory.”

Runts Man they just keep on coming with them lol

Great news if you've got the spare coinage!

Man they just keep on coming with them lol