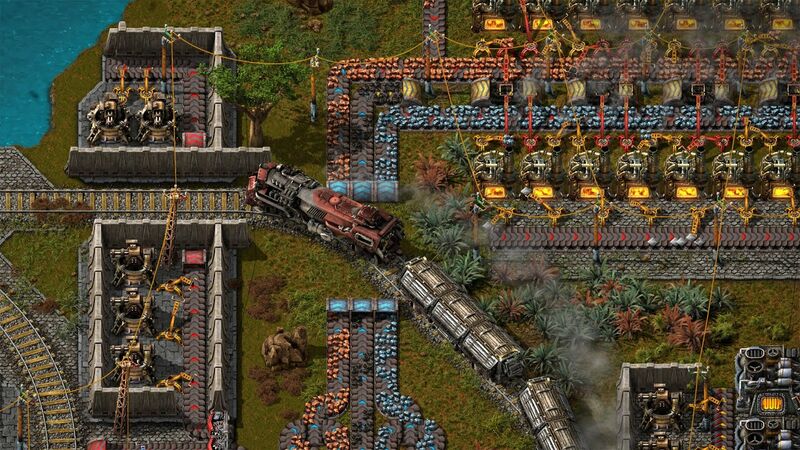 3.9
Factory-building game Factorio has sold 3.5 million copies, reports developer Wube Software in its year-end update. It's an incredible validation of success for a game that would politely be described as of niche interest to mainstream gaming.

"This year we have reached another sales milestone, with 3.5 million sales being passed this Christmas. We are still having steady and consistent sales of about 500,000 each year, which in retrospect validates the original no-sale policy we have stuck with since we launched on Steam in 2016," said Wube in a blog post(opens in new tab).

The same post includes an expansion teaser image, a few small development updates, and a statistics recap on Wube's mod portal feature. Wube Software also announced that it's still hard at work porting the game's new console controls(opens in new tab) to the PC version for both people on full-size rigs and on mobile PCs like the Steam Deck.

Alongside the announcement, Wube Software also posted a scant teaser for the Factorio Expansion. A "Christmas postcard" made by the studio includes "a sneak peek of some new item icons." What's the new stuff? No sure thing in a game that includes technologies as diverse as wood-burning steam engines, petroleum chemical refining, and nuclear fission, but I'll speculate anyway.

Handling hot, liquid metals isn't a thing in Factorio, but that red icon looks a lot like a blast furnace of some kind, and it's actively pouring red-hot liquid. Alongside that is a sealed chamber that might be used for vaccum processes, and a spherical assembly in a larger device crackling with electricity that to me bears more than a passing resemblance to theorized Fusion reactor containment.

After the last teaser(opens in new tab), more than a few fans have speculated that the creature shown must be aquatic in some way, and so the expansion must involve exploring (and exploiting) the seas of Factorio's planet.

Man, the amount going on in this game reminds me of nightmares I've had haha

I love it when games like this does well in selling

How lmao? This kinda game ? That's just crazy but congrats to them on 3.5 million.