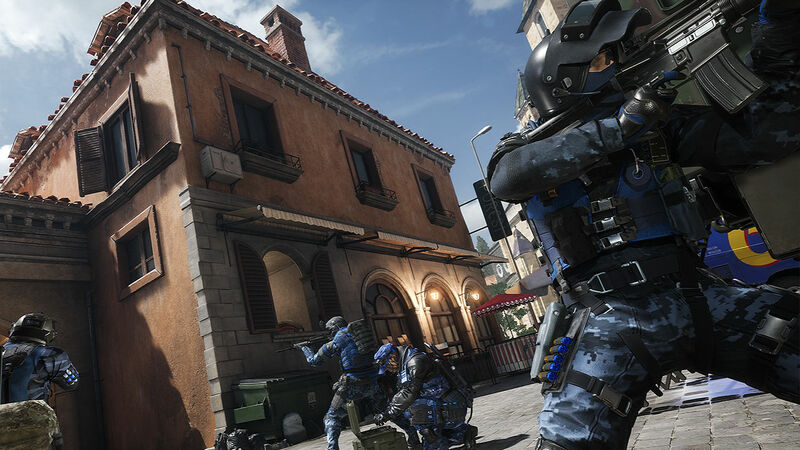 3.9
The second lowest-rated game of 2022, and arguably the biggest flop, is none other than an Xbox exclusive that can only be played if you own an Xbox One, Xbox Series S, or an Xbox Series X. While Xbox Game Pass had another big year, Xbox had a pretty disappointing year in terms of exclusivity. Not many exclusive games were released, and a few of those that did, didn't quite hit the mark. There is no bigger example of this than CrossfireX, which according to Metacritic's "The 10 Worst Video Games of 2022" list, is the second lowest-rated game of the year, with a score of 38. The only game with a lower score this year is POSTAL 4: No Regerts, with a score of 30. That said, where there was anticipation for CrossfireX, there was none for POSTAL 4: No Regerts, so you can't really label it as the "biggest flop" of the year.

The only game that gives Crossfire X a running from biggest flop of this year is an exclusive on the other side, Babylon's Fall, the third lowest-rated game of the year and a game that is exclusive to PS4 and PS5. It's hard to distinguish between these two as the biggest flop, but Babylon's Fall is higher rated at 41 and unlike Crossfire X, it did attract some players and attention. Most of this attention was negative, but at least people were talking about it.

While the Crossfire series isn't popular in the west, it's very popular in Asia. In fact, it's one of the biggest global IP in video games. While Babylon's Fall was the mote notable release in the west, from a more familiar developer, Crossfire is the far bigger name on the global stage and the same can be said about Smilegate compared to PlatinumGames.

It's no surprise... the trailer looks absolutely dreadful. The most bog standard military game one could imagine.

Lameeee the lowest rated flop of 2022 no goooood

yeah I think we all know that xbox exclusives are trashh