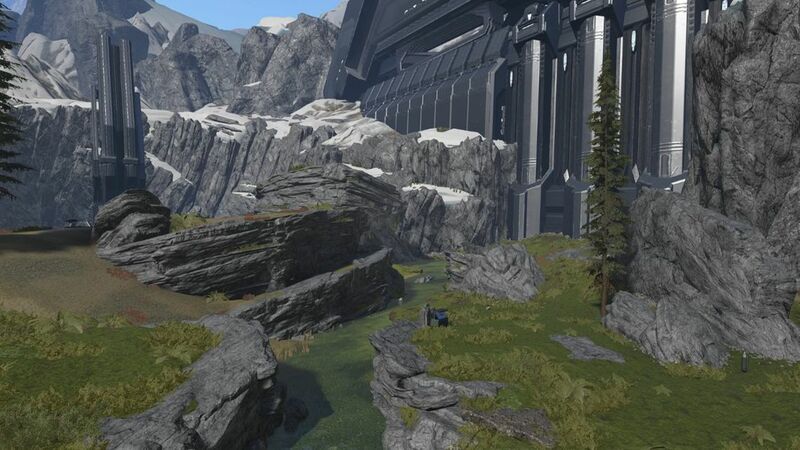 4
The user on Reddit going by the name of Daomum recently revealed the release of a new map for Halo Infinite created in Forge, a remake of Valkyrie from Halo 3. This represents a full release of the map which is currently available for download on the platform Halo Waypoint.

“Valkyrie is a remake of Halo 3's Valhalla made by Daomum,” the official description reads. “Supports all 343 Arena game modes as well as Big Team Battle and Capture the Flag. For ig Team Battle, recommend a 16 player limit.”

The map was only just released, but the remake already has a couple of hundred ratings and several thousand bookmarks on Halo Waypoint. The reception on Reddit has been extremely positive as well, users on the popular social media platform leaving a variety of kind comments, mostly pointing out the professional quality of the work.

“Swipe, swipe, swipe. I wonder when I’ll get to the remake… oh, this is the remake, holy shit, nicely done,” the user known as DoddsMcFodds for example remarked. “Damn, I thought this was Halo 3 at first,” the user called Kalaid0s added. “Great job!”

“This looks like the best one yet! Good job with the waterfall. I had in mind to make a snow version to get around the water issue,” the user going by Cautious-Assist 4331 described. “Would be cool! I heard Valhalla was originally planned to be a snow map which is how we ended up with snowy peaks above a green canyon,” Daomum replied.

Halo 3 was released on September 25, 2007 to widespread acclaim on the part of both players and critics, holding an impressive 94 out of 100 on the review aggregator Metacritic. Valkyrie quickly emerged as one of the most popular multiplayers maps, remaining in the memory of many players for years to come. Halo Infinite was launched by developer 343 Industries on December 8, 2021 to a similarly positive reception, winning numerous awards and collecting a variety of different accolades.

yeah, it looks pretty good too

This is really sick brings back alot of memories

they create a lot of sweet stuff in the forge

I hope Daomum is right about this that'd be dope