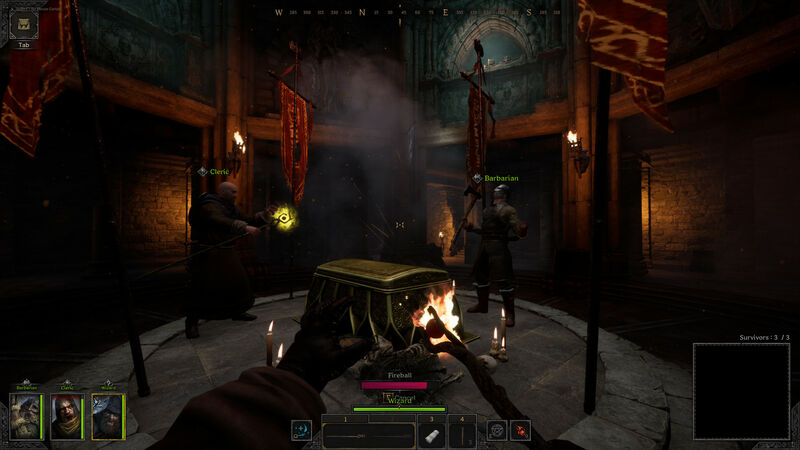 4.4
Dark and Darker will be returning soon, as expected, as developer Ironmace has confirmed plans for another free alpha test in the near future. Much like in the early days of battle royale popularity, an increasing number of Tarkov-like online multiplayer games seek to become the "breakthrough" release that goes mainstream. Dark and Darker could be that game, as the fantasy action game's latest alpha grew virally popular. Now players are anxious for Dark and Darker to return.

Dark and Darker is currently in mid-development with a tentative release date of late 2023. Ironmace has bet on itself, however, and decided to use alpha tests to not only help with development but also to market the game. It's held multiple free alpha tests now, at a cadence of a test every 2-3 months. The Dark and Darker tests have been increasingly popular, but it was December's test that struck gold. Several major Twitch streamers played Dark and Darker quite a bit, leading to thousands of players trying the game out.

Needless to say, Dark and Darker now has a lot of momentum. It's not like Ironmace can rush the game's launch, however. Even a beta launch would require a significant amount of work. Instead, it's looking to maintain the cadence of Dark and Darker free alpha tests. As the previous alpha test ended, Ironmace confirmed plans to bring back the alpha in February 2023.

That's a wrap! Alpha Playtest #3 has ended.
Thanks for an unbelievable playtest!
See you in February!https://t.co/BLinqbkitK


Dark and Darker's next alpha test will officially run during the upcoming Steam Next Fest event in February 2023. The Next Fest is a Valve event during which indie developers share demos of their in-development projects, hoping to draw in an audience that would love their game but don't even know it exists yet. Suffice to say, it's a great opportunity for Dark and Darker. Steam's upcoming Next Fest will run between February 6-13, 2023.

No further information regarding the upcoming Dark and Darker playtest was provided, so it's unclear if there will be any new features or content. What Ironmace did confirm is that over a million players joined the December playtest. For a game with a relatively niche audience prior to December, that's a staggering accomplishment. February's test may even go well beyond a million players.

The burning question is whether Ironmace will see the success Dark and Darker has built and decide to soft launch the game earlier than planned. If a premium Steam early access version of Dark and Darker was available now, with a promise of servers staying live from here on, it would undoubtedly sell incredibly well. Of course, Ironmace may prefer avoiding that. It may have confidence that short playtests followed by a full launch will be better for the game overall. Either way, Dark and Darker will be available once again in February.

Dark and Darker releases in late 2023 on PC.

"Fantasy Tarkov-Like Dark and Darker Announces Plans for Its Next Test" :: Login/Create an Account :: 4 comments

I love games in this type of setting!

we will find out soon

and it sure is a very nail biting game

We shall find out in February