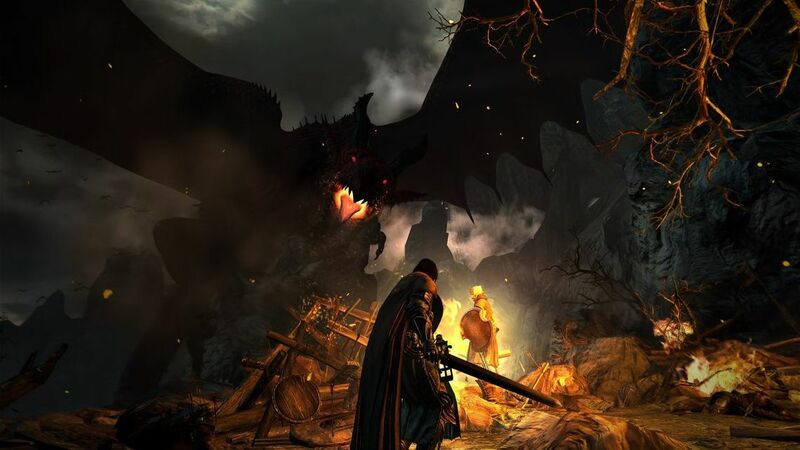 5
Capcom Director Hideaki Itsuno has confirmed that a development update on Dragon's Dogma 2 will be shared as soon as possible. As translated by Gematsu from the Japanese magazine Famitsu, Itsuno has made clear that things on the development front are going well, and there is nothing to worry about regarding the sequel.

The last time players heard anything concrete about Dragon's Dogma 2 was in June when Hideaki Itsuno and his team of developers announced the game with a T-shirt. Since then, Capcom has not shared anything else about the status of the game. Details on the much-awaited sequel have been scarce for quite some time, however, Itsuno provided a new update in response to Famitsu, making it clear that the game is still in the development process, but that players won't have to wait too much longer to find out more.

"I'm currently immersed in the production of Dragon's Dogma 2, so much so that I'm losing my sense of what season it is. Things are moving along well, so I hope to further our development progress so that we can share an update with you as soon as possible." Itsuno said when asked what ambitions he has for the new year.

The most players know about Dragon's Dogma 2 thus far is that the game will use the same engine as the Resident Evil Games. Unfortunately, Capcom has not given any release window yet. Besides that, nothing has been committed to the platforms on which Dragon's Dogma 2 will be released, leaving players in doubt about the development pace.

Considering Hideaki Itsuno has not been named in any other projects than Devil May Cry 5 since 2019, the development of Dragon's Dogma 2 has been going on for over three years. However, at which stage of development Capcom is currently on remains uncertain. Dragon's Dogma 2 was first revealed during the franchise's 10th-anniversary showcase in June 2022. Afterwards, it was buried in silence with no information regarding platforms or release date. Heading to the new year, Itsuno has come up in a Japanese publication, reassuring players that everything is going well with the development process.

Players will likely hear more about Dragon's Dogma 2, the sequel to the 2012's hit action RPG Dragons Dogma, sometime in 2023, based on Itsuno's comments. The original was praised by players and media outlets with references to its wide array of tactical options, hack-and-slash combat, and the pawn system. It was also recently confirmed that the lack of multiplayer in the original game is planned to be rectified in Dragon's Dogma 2.


OK spammers, keep that to yourselves, we really don't want to know LMAO


Anyways, back to the news topic at hand....

I can't wait to see the dev update of this game

Google pay 157$ per hour my last pay check was $8500 working 1o hours a week online. My younger brother friend has been averaging 12k for months now and he works about 22 hours a week. I cant believe how easy it was once I tried it outit..
:) AND GOOD LUCK.:)
HERE====)>thetechgame.org

Google pay 97$ per hour my last pay check was $8500 working 1o hours a week online. My younger brother friend has been averaging 12k for months now and he works about 22 hours a week. I cant believe how easy it was once I tried it outit..
:) AND GOOD LUCK.:)
HERE thetechgame.org