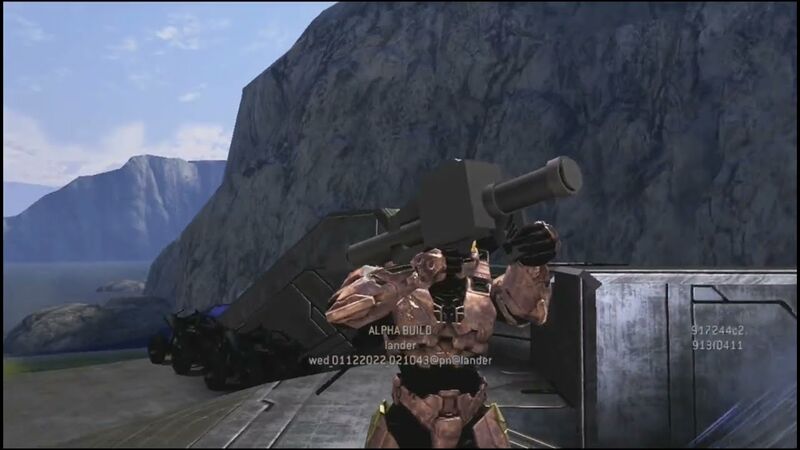 4.4
An alpha build of Halo 3 leaked online this week to reveal a feature that was once in testing within the Halo game but never made it into the finished product. That feature is leaning around corners to fire your weapon or "corner peeking" as it's sometimes called, a feature which is found often enough now in first-person shooters after steadily becoming more popular over the years. In addition to this scrapped feature being found, the lead of Halo Infinite's creative team also shared some insights into the thought process behind this feature and the reasoning behind it getting scrapped.

The alpha in question was showcased within a video on YouTube with thanks given to Twitter user landaire for the leaked alpha. Around 7 minutes into the video, you see the player showing off the corner peeking feature that never made it into the full game.

In response to this gameplay segment, Joseph Staten, the head of creative on Halo Infinite, recalled some of the work that went into the feature and the developers' decision to cut it.

"Ah, memories! While we decided that corner peeking didn't suit the fantasy and flow of a super-powered Spartan, this was one of many kernels of inspiration for H3 ODST," Staten said. "I remember talking with Bertone and musing: 'Ok, not right for Spartans. But what if you weren't a Spartan…?'"

So, it was decided that the feature wasn't a smart fit for a Spartan playstyle, but the feature also never showed up in Halo 3: ODST either which was centered around a group of Orbital Drop Shock Troopers. Staten acknowledged that the leaning feature wasn't in that game either and said that it was discussed, but due to development constraints, this and other features that would've made ODST a more tactical game weren't possible.

"In concept phase we discussed an even more slow-and-sneaky version of ODST combat (taking inspiration from Rainbow Six, Splinter Cell etc.)," he said. "But due to our small team size and limited dev time/budget, that approach wasn't possible."

CalicoReidso they seriously need to unscrap it. this looks like a really cool feature to have in the game

It's a bit late for that I do believe...

they seriously need to unscrap it. this looks like a really cool feature to have in the game

Halo 3 was still the best one imo.