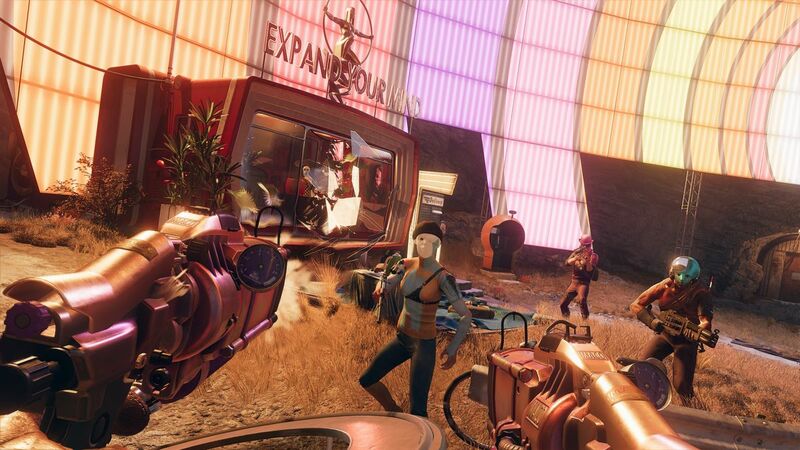 4.4
A potential sequel, or perhaps new DLC, for Arkane's critically-acclaimed shooter Deathloop may have just been teased on accident. Since first releasing on PlayStation 5 and PC back in 2021, Deathloop has gone on to be one of the most highly-praised games of the past couple of years by both critics and fans. Despite this widespread love of the title, Arkane hasn't since announced any further plans for Deathloop when it comes to additional content. Luckily, based on what one prominent voice tied to the game has now said, it seems like Arkane isn't finished with Deathloop just yet.

In a recent interview with Streamily, Deathloop voice actor Jason Kelley may have accidentally spilled the beans when it comes to future content tied to the game. When talking about the codenames that Arkane has previously used for Deathloop, Kelley, who portrays the main protagonist Colt, said that he couldn't share the codenames for the game as Arkane still hires himself and fellow voice actress Ozioma Akagha under these project titles. Immediately after saying this, Kelley seemed to realize that he shouldn't have shared this information and tried to quickly move on from the topic.

Assuming that new content tied to Deathloop is on the horizon, it seems more likely at this point that a proper sequel would come about rather than DLC. Given that it's nearly been a year and a half since Deathloop first released, the window for Arkane to announce an expansion or DLC for the title seems to have come and gone. Then again, Arkane has also shown in the past with games like Dishonored: Death of the Outsider that it's capable of working on smaller spin-off titles rather than full-blown sequels.

If Deathloop 2 is a game that Arkane ends up releasing in the future, though, the most interesting thing to see will be the platforms that the game releases on. Although Deathloop originally came to PS5, this was only as a result of a previous deal that Bethesda had made with PlayStation prior to being acquired by Microsoft. As such, Deathloop 2 would likely end up being exclusive to Xbox and PC, unless those at Xbox Game Studios decide otherwise.

Def. Will happen for sure !