Ghost of a Tale 2 Gets Its First Screenshot 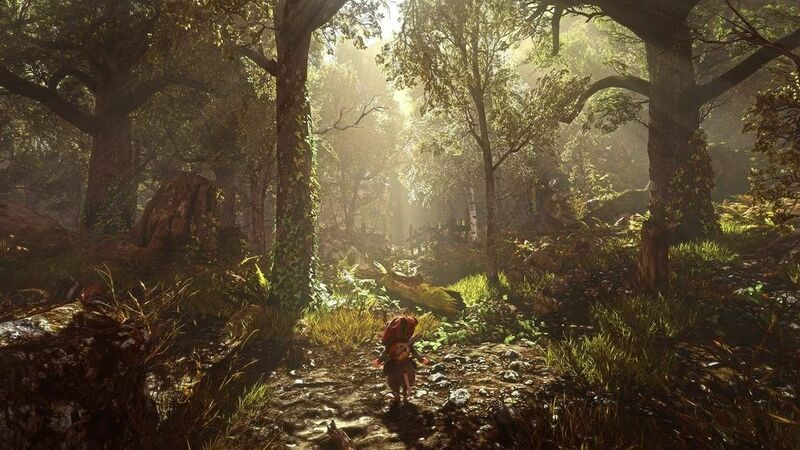 4.8
The first screenshot of SeithCG’s Ghost of a Tale 2 has finally been shared online. The sequel to 2018’s whimsical stealth RPG has been long asked for by fans, but the indie developer has never solidly confirmed that a follow-up was in development. Up till now, there has only been a vague image or two that served more as a teaser than confirmation.

Ghost of a Tale recounts the story of Tilo, a little mouse minstrel who is on a quest to find his wife Merra after the pair are imprisoned and separated. What initially seems like a cutesy game quickly reveals itself to have an engaging story, fairly deep character development, and an appealing graphics style. The game originally released on PC, PS4, and Xbox One to generally positive reviews, and Ghost of a Tale was subsequently ported to Nintendo Switch and Amazon Luna.

Developer SeithCG recently shared a screenshot of Ghost of a Tale 2 on Twitter, captioned simply, “Have you seen this Mouse…?” The image shows a location that resembles the Jail area of the first game, with mushrooms, an apple, and candles — familiar items to those who played Ghost of a Tale — as well as a wanted poster of Tilo hanging on the wall. In the comments, fans have already expressed excitement at the image and its accompanying hashtag, GhostOfATale2, and some have noticed that the indie developer has moved from Unity to Unreal Engine 5.


Unfortunately, this is just a first screenshot and SeithCG responded to a Twitter comment with the clarification that they have only been working with Unreal Engine for eight months and had to relearn everything. Add to that the fact that the development team is incredibly small, and release date expectations for Ghost of a Tale 2 should probably be kept subdued.

The first game was essentially developed by a one-man team, Lionel “Seith” Gallat, a veteran of the film industry who formerly worked as an animator at Dreamworks and Universal Pictures. After gaining valuable experience on titles like Illumination Entertainment's Despicable Me, Flushed Away, and The Lorax, Gallat made the move to game development, acquiring the financing for Ghost of a Tale via an Indiegogo crowdfunding campaign.

Until Ghost of a Tale 2 finally comes out, gamers looking for a title with a similar feel have a couple of options. The most obvious will be Styx: Master of Shadows and its sequel Styx: Shards of Darkness, which both play much like SeithCG’s game in its stealth aspect, though with a little more combat and fewer talking rodents. And those more in the mood to play as an anthropomorphized animal will hopefully have grabbed F.I.S.T.: Forged in Shadow Torch which was the free Epic Games Store title on December 26.

Ghost of a Tale is currently available on PC, PS4, Switch, and Xbox One, with a sequel in development.

"Ghost of a Tale 2 Gets Its First Screenshot" :: Login/Create an Account :: 4 comments

Looks beautiful. I really dig these kind if indie games... I've never heard of it before today but looks down my street!