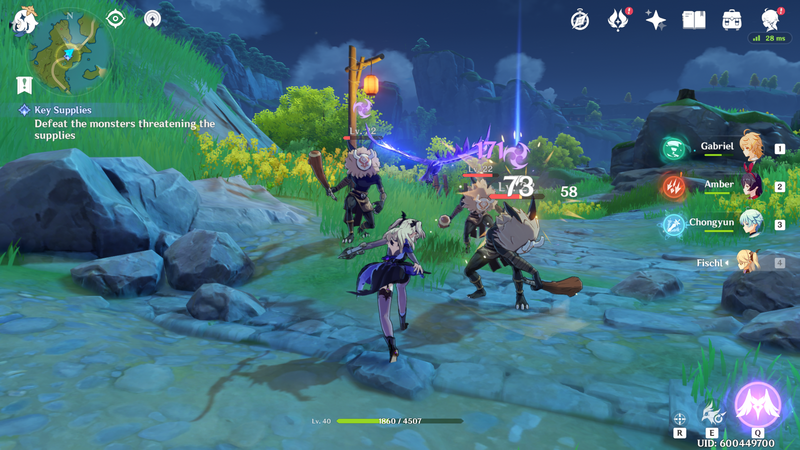 4.7
A Genshin Impact fan has created interesting art that could potentially reveal what one of the most mysterious characters in the game looks like. The game's community often creates various theories and concepts about characters who have been mentioned in the official storyline but are yet to make an appearance.

The four currently revealed Genshin Impact nations, Mondstadt, Liyue, Inazuma, and Sumeru, all have exciting stories about their legendary heroes and adventurers. One of those characters is the famous Mondstadt adventurer who is also known to be Klee's mother.

Reddit user gwinshin has shared an interesting Alice concept on the official Genshin Impact subreddit that already gathered over 9.3k upvotes. Many players claim that this could see Alice having a similar design whenever HoYoverse decides to introduce her to the game. Fans like the fact that she has a similar color theme to her daughter Klee which means that Alice could also be a Pyro user. While she has not appeared in person yet, Alice was involved in setting up the fan-favorite Golden Apple Archipelago, an annual Summer-themed event that introduces a temporary region that lasts for the duration of one update.


This adventurer, who is confirmed to be over 500 years old, has allegedly seen the entire world of Teyvat and even beyond it. She is known as one of the strongest mages in all of Teyvat and some characters like Albedo describe her as a "near-omnipotent sorceress". Other characters like Diluc claim that, apart from the Anemo Archon Venti, Alice is the only character that could have arranged the Golden Apple Archipelago events.

When it comes to her personality, Alice is described as a free-spirited person who often reacts impulsively, just like her daughter. She even blew up a part of Stormterror's Liar just because the ruins did not seem ancient enough. However, despite her impulsiveness, Alice is considered one of the most intelligent characters in all of Mondstadt.

Fans hope that HoYoverse decides to introduce Alice to the playable roster at some point in the future. Assuming that she is a catalyst user, this would make her the second Pyro character to have this weapon type and the game has not introduced a new Pyro character since Thoma arrived back in November 2021. Some comments state that Alice could appear in person during future Mondstadt expansions which have been rumored over the past couple of months.

Genshin Impact is now available on Mobile, PC, PS4, and PS5. A Switch version is in development.

yeah, they will surely change some and just add them to an update

I'm sure some will change but yeah.