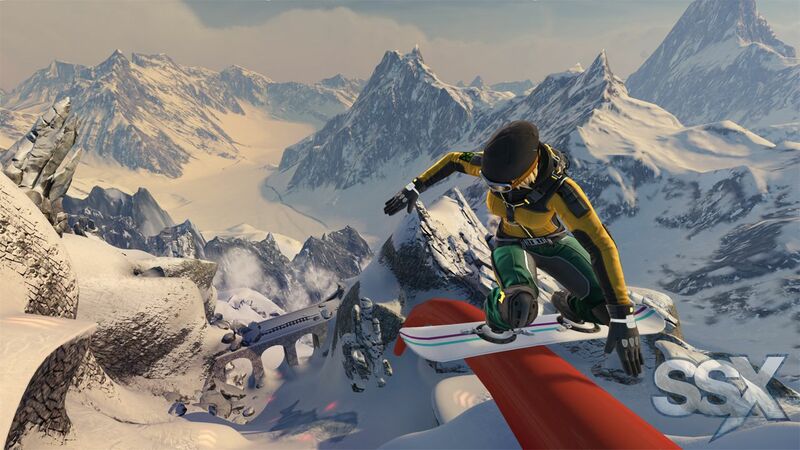 4.7
Ah SSX, what a series. The snowboarding game snuck onto the PS2 during its very early days and seemed to take many by surprise. That's because the game came from the then-unknown studio of EA Sports BIG. Obviously gamers knew about Electronic Arts, but who was this newcomer studio under its wing?

EA Sports BIG went on to make a name for itself with its extreme sports titles such as Freekstyle, Sled Storm, and Shox, as well as brash and bold takes on American football, basketball, and football with the FIFA Street, NBA Street, and NFL Street series. Shout out to Def Jam Vendetta too, but the jewel on the crown was the SSX titles, which sold well and was popular with players and critics alike.

SSX Tricky upped the game with even more outlandish tricks, more wacky characters, and wilder courses, and of course that undeniable soundtrack. SSX 3 mellowed things out slightly but increased the ambition with huge courses that took in whole mountainsides. It was a real vibe to slide down a whole mountain on a 25-minute run. SSX on Tour and SSX Blur mixed things up, adding skiing to the series, and was where things perhaps started to slide, although standards, such as level design, remained high.


There would then be a five-year gap, which seemed longer to the SSX devotees, before a reboot of the series appeared. This was 2012's SSX for the PlayStation 3 and Xbox 360. Developed by EA Canada and not EA Sports BIG, which had been shuttered, the title came with the slogan: "Defy Reality. Own the Planet". While the game garnered mostly positive reviews, longtime fans felt the game missed something. Perhaps it was in how the courses could be overly punishing, the flow-ruining rewind feature, or the gimmicks such as the wing suits, which, while cool, took away from the series' greatness in over-the-top snowboarding and freestyling.

Ten years on, one Redditor has noticed though how this 2012 SSX contains a reference to the Xbox series Halo. Posting on the u/SSX subreddit, user LeMasterChef12345 noticed a detail in the game's intro comic for Zoe that Mac and Tane are wearing the Spartan helmets from Microsoft's famous shooter series. It's a blink-and-you'll-miss-it moment so it's not that surprising that it might've gone unnoticed for this long, although perhaps this is just the first time it's been posted on Reddit.

It's a cool spot and will no doubt stir the hearts of SSX fans everywhere. EA, we beg, please bring back SSX!

"SSX Player Notices A Halo Reference A Decade On From Its Launch" :: Login/Create an Account :: 5 comments