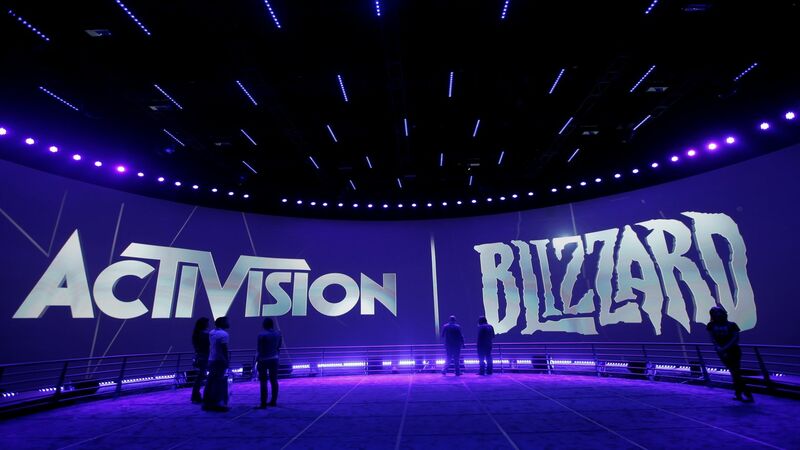 4.3
Microsoft is facing yet more opposition to its planned acquisition of Activision Blizzard. Not from Sony this time, nor the FTC, but a group of 10 aggrieved Call of Duty fans, who have filed a lawsuit(opens in new tab) (via Reuters(opens in new tab)) opposing the deal.

The lawsuit echoes some of the points made by the FTC(opens in new tab) in its opposition to the acquisition, filed earlier this month: That "there are only several independent game publishers in the world that are capable of making the highest production quality and most graphics-intensive videogames that can be mass marketed and are highly anticipated among gamers," and that increasing consolidation of those companies is bad for gamers, employees, and the business world as a whole.

The suit also repeats a claim made in the FTC's lawsuit that Microsoft intentionally lied ahead of its 2021 acquisition of Bethesda Softworks, when it promised European regulators that it "would not have the incentive to cease or limit making [Bethesda parent company] ZeniMax games available for purchase on rival consoles." Microsoft has since announced that upcoming Bethesda games Starfield(opens in new tab) and Redfall(opens in new tab) will both be console exclusives at launch. However, shortly after the FTC filed its action to block the merger, the European Commission told Seeking Alpha(opens in new tab) that Microsoft had not made any commitments to that effect.

"Owning Activision Blizzards’ catalog of games would make a material difference in the industry, providing Microsoft’s gaming platforms a significant competitive advantage," the gamers' lawsuit states. "The proposed acquisition would give Microsoft an unrivalled position in the gaming industry, leaving it with the greatest number of must-have games and iconic franchises. Microsoft would have the ability to foreclose important inputs to rivals of console gaming by making some or all of Activision Blizzard’s important catalog of games, including Call of Duty, exclusive to Microsoft platforms or partially exclusive.

"Currently, Microsoft Xbox and Sony PlayStation systems compete vigorously with one another. Foreclosing Activision Blizzard titles from appearing on PlayStation would harm competition between Xbox and PlayStation."

The suit asks the court to declare that the planned acquisition is a violation of the Clayton Antitrust Act, and to permanently block it; it also calls for the plaintiffs' costs and legal fees to be covered. If I were a betting man, I'd say that's unlikely to happen. When the FTC sued to block Microsoft's acquisition of Activision Blizzard, it did not file for an injunction against it at the same time, which according to Axios could be a sign that the lawsuit is mainly a for-the-record objection to a deal that the FTC expects will ultimately close anyway.

And because I know someone is going to ask: Of the 10 plaintiffs in the lawsuit, six list a PlayStation as their only console, excluding one who also has a Nintendo Switch.

I hope this doesn't continue for a few more years,
the news of this s getting so f*cking boring

Idk I think all this is a joke lol