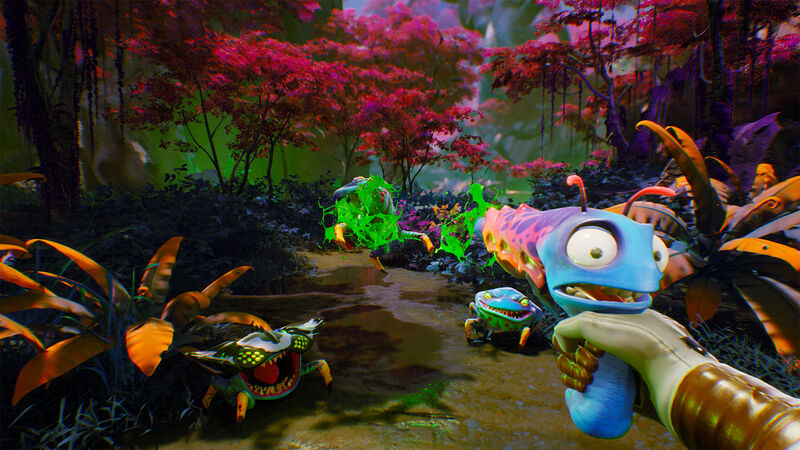 “This was our first time launching a game with Game Pass,” said Mike Fridley, Studio Director and COO of Squanch Games, “and we’ve been blown away by the response from the players who have made us the most popular game on Game Pass right now. When Squanch Games was first created, it was to make the games we wanted to play – and Game Pass is helping us reach the players that want to play those games too.”

“High On Life is an incredibly unique title that we’ve been excited about for a long time,” said Matt Percy, General Manager of Content Planning at Xbox. “It’s fantastic to see so many Game Pass members jump into it at launch to experience Squanch’s story for themselves ahead of the holidays.”

at least game pass achieved the biggest launch with this game

Yeah it's not a bad a gamer I'd recommend it lol

I wish I had an Xbox rn I wanna play this lol. The streams loos hilarious