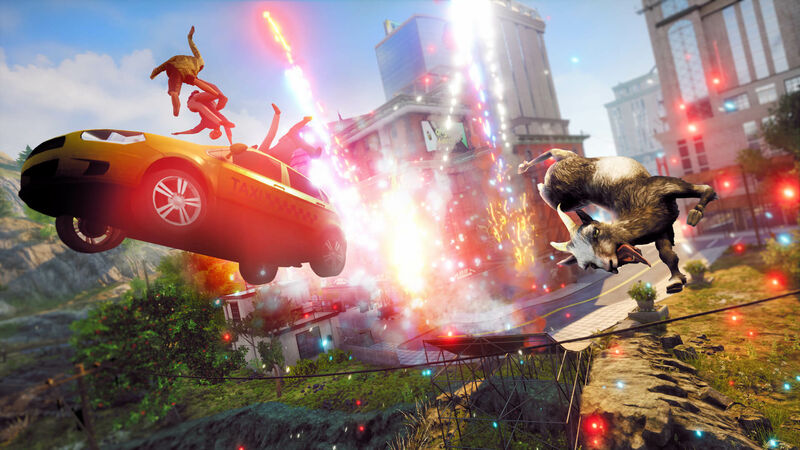 3.8
The team behind Goat Simulator 3 got in trouble after using leaked footage from Grand Theft Auto VI. Earlier this year, roughly an hour's worth of footage from Grand Theft Auto VI was leaked on the internet. Although it was confirmed that GTA 6 was in the works prior to this, it gave us the first look and insight into the game including the characters, setting, mechanics, and more. It's still a very early look, meaning the game isn't anywhere near ready to even be shown to the public, but it was fascinating. The leak came as the result of a hack on Rockstar Games, meaning the footage was quickly scrubbed from the internet by Rockstar owner Take-Two Interactive. Of course, this is the internet and this leak was a massive story, so the footage couldn't be completely erased.

However, it's hard to say anyone was expecting the footage to show up in an ad for Goat Simulator 3. Yes, an ad for Goat Simulator 3 leveraged the GTA 6 leaked footage in a pretty hilarious way. The ad focuses on the antics of a very clumsy, but famous NPC who is being interviewed by the media. He mentioned that he would be in more upcoming projects, including one that recently leaked. B-roll of GTA 6 footage showcasing a diner robbery is then played with the Goat Simulator 3 NPC composited into the background. Everything about it is absurd, but Take-Two didn't find it very funny and naturally issued a copyright strike on the video.

NEWS: Take-Two issued a takedown notice against the Goat Simulator video, amid to a cool marketing video which showed a edited snippet of the next GTA title from the leaks back in September. pic.twitter.com/ZcLP0uXIwk

I think they did it on purrpose LMAO

Ouu that's not good lol but goat simulator out of everything ??