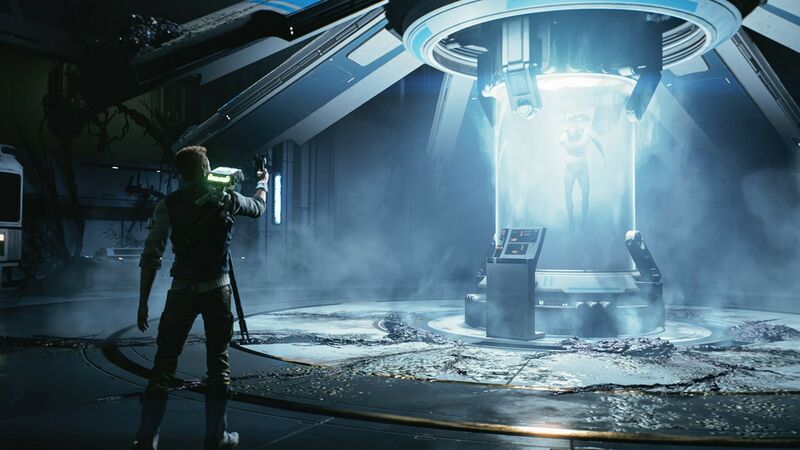 “We have five fully realized stances in the game. A lot of it depends on the enemy that you’re coming across. It’s advantageous to use certain types of stances against certain types of enemies, and it’s up to the player to figure that out. It requires the player to break down the enemies and figure out what the best weapon of choice is,” says Asmussen.

The Dual Blade stance sees Cal using two separate Lightsabers, flipping and spinning around quickly. There’s also a stance that involves using a blaster and Lightsaber together, which sounds like the Wild Dancer Style from Like a Dragon: Ishin!

About incorporating a blaster into Cal’s moves, Asmussen says, “It really speaks to where we find Cal in this part of the story. It’s five years since the first game, and the dark times are still in full swing. He’s an unconventional Jedi, and he has to do unconventional things. So, something that would be frowned upon during the height of the Jedi Order? Cal’s finding he’s going to do whatever it takes.”

Another stance relies on Kylo Ren’s crossguard Lightsaber and is all about heavy attacks. “It’s a more confident approach. It’s weighty; it’s beefy. But you have to be very measured on how you use it because the timing windows are longer with the blade.” There seems like a risk vs. reward mechanic with the weapon, and we’ll about it.

we are all excited for this game

especially for the five lightsaber stances

So excited for this game

I can't wait for this game ! This first was so fun. I wish they would do a dark side cake to though !