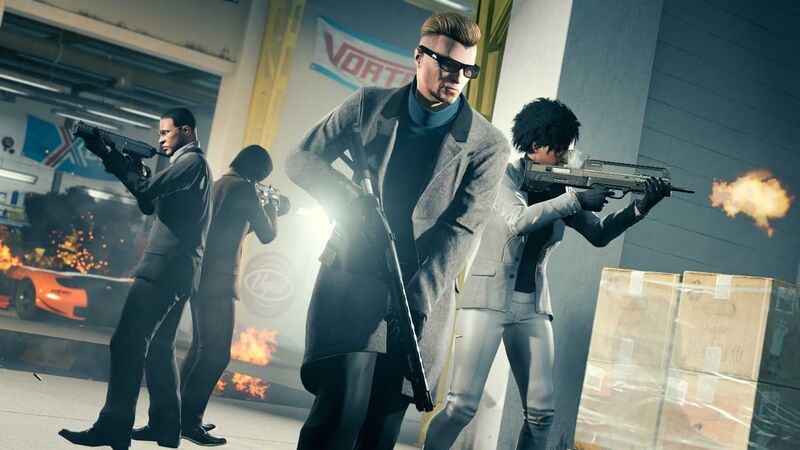 3.3
Rockstar Games has teased what GTA Online players across PC, PS4, PS5, Xbox One, Xbox Series S, and Xbox Series X can expect from 2023, or at least what they can expect from "early next year." With GTA 6 still -- at least -- a couple of years away, Grand Theft Auto fans are going to have to continue to settle for GTA Online updates. This month, Rockstar released the Drug War update, and in its promotion for this update, it teased what's next for the game, or at least what's next and significant to tease.

According to Rockstar Games, early next year players will be able to roleplay as cab drivers, something many have been asking for, especially those who play in RPG servers. In addition to this, the biggest garage yet will be added, something that will please many players who want not just more garages, but bigger ones. Meanwhile, there's also going to be a "traveling Gun Can" added to the game that will offer exclusive items.

"Early next year, expect Downtown Cab Co. to be looking for new recruits, a traveling Gun Van offering exclusive items, street dealers looking to pay premiums for your product, a new garage with the most vehicle storage yet, and much more," says Rockstar Games. "Stay tuned in to the Newswire for the latest and greatest, and be prepared for the Last Dose to kick in just when you least expect it..."

Unfortunately, this is the extent of the tease and it's probably all we are going to hear about this "early 2023" content before the end of the year as many game companies go quiet between now and then to celebrate Christmas and other holidays. As for what "early 2023" exactly means, we don't know. Typically it's used to refer to the first free months of the year, but this isn't always the case.

Interesting but we shall see

just gotta wait until 2023 anyways lik the other gamess