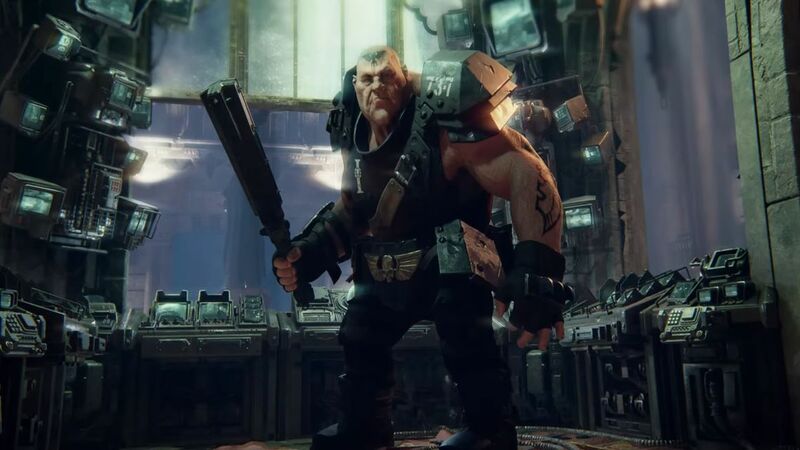 5
Fat Shark has announced a content drop for Warhammer 40,000: Darktide, the first since the game's release on November 30.

The patch is titled “The Signal” and adds a new mission to Darktide, among other things. The new map is called Comms-Plex 154/2f. In this new mission, the player will need to battle their way to the roof of the HL-19-24 Archivum to transmit a message to the Imperium.

Private play will now be available for players queuing up without a full party. A new crafting mechanic, refinement, has been added. Once the Shrine of the Omnissiah is unlocked, you’ll be able to choose a single perk to refine, locking other perks in the process.

A new condition “Hunting Grounds” will be implemented with The Signal. This condition will increase the spawn rate of Pox Hounds during a mission. Several conditions will be added to missions set on the Comms-Plex map for a few days following the patch. Other than the above, extensive bug fixes were patched in.

A short teaser trailer for the update was uploaded by Fat Shark, showcasing shots of the new Comms-Plex map. The trailer showcases characters in combat on the new map, accompanied by a voiceover from a gruff Imperium officer.

Some statistics for the first couple of weeks of play since the game was released were provided by Fat Shark. Since launch, over 1.3 million characters have been created and 3.8 trillion enemies defeated

Sounds simple enough to do, eh?

I talked down on it a lot but the game don't look that bad fr.