Valve would like to make a Steam Controller 2 happen 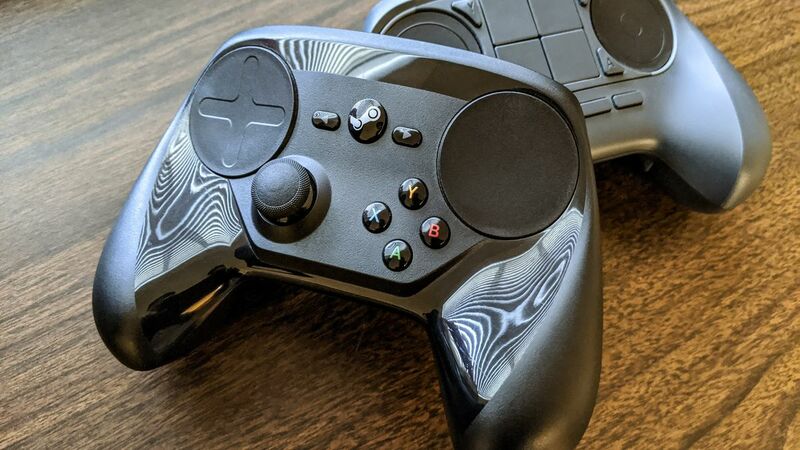 4.3
Valve has said it would like to create a Steam Controller 2, and has spoken more openly about a Steam Deck successor.

Introduced in 2013 as part of its Steam Machines initiative, the Steam Controller included two trackpads with haptic feedback to emulate the feel of a mouse ball.

Valve reportedly sold 1.6 million units of the highly customisable controller before the product was discontinued in 2019.

In a new interview with The Verge, Steam Deck designers Lawrence Yang and Pierre-Loup Griffais spoke openly about a potential follow-up to the controller.

“Yeah, we want to make it happen,” Yang said. “It’s just a question of how and when.

“I think it’s likely that we’ll explore that because it’s something we wanted as well. Right now, we’re focusing on the Deck, so it’s a little bit of the same thing as the micro console question: it’s definitely something where we’d be excited to work with a third party or explore ourselves,” he said.

Elsewhere in the interview, Valve once again spoke openly about a Steam Deck successor, and claimed it isn’t looking to create a large performance gap between potential machines.

“Right now the fact that all the Steam Decks can play the same games and that we have one target for users to understand what kind of performance level to expect when you’re playing and for developers to understand what to target… there’s a lot of value in having that one spec,” Griffais told The Verge.

Valve has previously referred to the Steam Deck as a “multi-generational product line,” and said that it will support Steam Deck and SteamOS well into the foreseeable future.

seriously they need to release ths, this will be cool from the couch

Na we don't need this we deal with controller people enough as it is. lol