Resident Evil Village Is Coming To PS VR2 At Launch 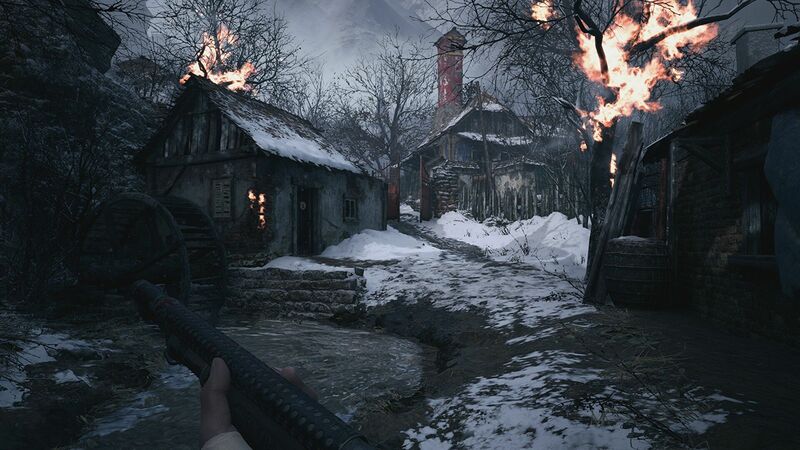 The news was confirmed in a new blog post on the official PlayStation website by Kanda Tsuyoshi, producer at Capcom. Tsuyoshi said, "Resident Evil Village VR Mode was previously announced back in June 2022. Today, I’m happy to reveal that this additional mode will release on February 22, 2023 as a free DLC for Resident Evil Village". The new mode will be available to download and play immediately when the PS VR2 launches next year.

Capcom's producer went on to confirm that the entirety of Resident Evil Village's main story will be available to play in virtual reality via the upcoming PlayStation VR2 headset. The new VR mode will make full use of the VR2, with vivid 4K HDR graphics and eye tracking to produce a heightened perception of reality as if everything the player sees is actually in front of them. The new VR2 sense controllers will also allow players to feel the vibration, recoil, and resistance of various objects throughout Resident Evil Village's world.


Kanda Tsuyoshi broke down new features included in Village's VR mode, mainly relating to the new sense controller, stating, "the sense controllers also enable intuitive movements like putting your arms up to guard and holding your gun out in front of you to shoot, and there are additional actions you can perform to heighten your immersion. Hold two weapons independently, load a clip into your handgun to reload, and wield your knife with slashing or stabbing attacks".

Resident Evil Village's VR mode will be available as a free DLC, launching for the PS VR2 on February 22nd, 2023.

this game will great in VR mode

These games just aren't that great to me.

Looking forward to the additional resident evil mode in February