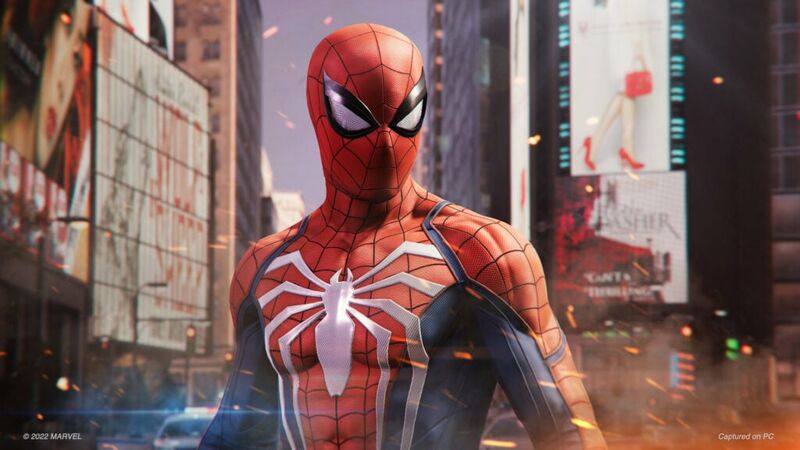 4
Eagle-eyed Spider-Man fans have noticed a cameo from Insomniac’s Spider-Man in the newly released trailer for Spider-Man: Across the Spider-Verse.

In an early scene where Miles Morales and Gwen Stacey visit a dimension with seemingly dozens of Spider-Mans, a Spider-Man wearing the original suit from Insomniac’s PS4 game can be spotted.

It’s unclear if this Spider-Man will play a larger part in the film or will simply be a cameo.

The same suit appeared briefly in the first film, and also made an appearance in Spider-Man: Far From Home.

The film, starring Shameik Moore and Hailee Steinfeld, is planned for release in cinemas in June 2023.

The official Insomniac Twitter account replied to a thread in which fans were speculating about why the game hadn’t received a second trailer since it was originally announced.

After some expressed concern that the game wouldn’t make its planned 2023 release, Insomniac stepped in to assuage their fears.

Insomniac Games is also working on a Wolverine game for PS5. According to the studio, the game will be a standalone title directed by Brian Horton and Cameron Christian, who were the creative leads on Spider-Man: Miles Morales.

“Even though Marvel’s Wolverine is very early in development, from what I’ve seen of its emotional narrative and cutting-edge gameplay, the team is already creating something truly special,” said Insomniac’s head of franchise strategy Ryan Schneider.

was never fond of the games or movies of spidy

Man I can't wait for SM2 I hope we get the venom outfit !!