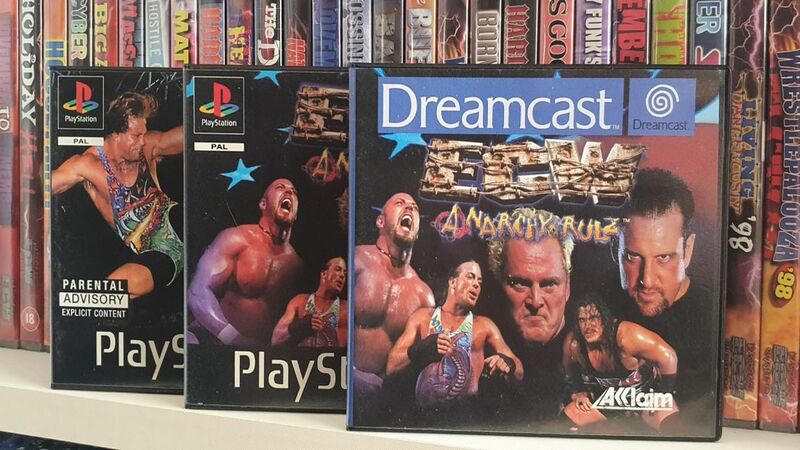 4
ECW launched a couple of video games at the turn of the century, getting in on what was a wrestling game boom at the time. However, Tommy Dreamer, who worked both in the ring and behind the scenes for ECW, has revealed that first game from the hardcore promotion was supposed to be developed by Rockstar.

Speaking with Hard4Games (thanks, VGC), Dreamer explained how a deal with Rockstar was basically done in 1999. “Video games were key for your success as a wrestling company, and we had a lot of companies bidding for that game,” Dreamer explained. “There was a fan, who worked for [Rockstar], and they were like ‘man, we want this ECW game to be our number two behind this other game'.”

That wrestling fan was Kevin Gill, and the “other game” was Grand Theft Auto. “We just need our one game to hit, and if that game hits you will be our next game,” Dreamer claims Gill told ECW at the time. Obviously GTA hit and continues to hit in the biggest way possible. However, unable to wait for that to happen, ECW turned to Acclaim. The studio had just lost its WWE games contract and proceeded to make two widely criticized games for ECW.

This story has actually been out in the world for a few months after Gill himself spoke about it with Tru Heel Heat Wrestling earlier this year. Gill's story doesn't quite match up with Dreamer's, though. While he also said the deal was done, and worth $1 million, it fell through due to ECW's instability at the time. Some of its bigger stars had jumped ship to WWE, and by January 2001 ECW had folded and its assets were bought by the larger wrestling promotion.

As touched upon by Dreamer, wrestling games were massive business at the time. WWF No Mercy, which launched on N64 in November 2000, is still regarded as one of the greatest wrestling games of all time. 2023 might well be the biggest year for wrestling games since that boom period. AEW will launch Fight Forever, WWE appears to have started work on 2K23, and a sprawling RPG called WrestleQuest should also be here sometime in the next 12 months.

yeah, would've been nice if they had released this

Man that sucks that we never got this smh. All the old wresting games were so amazing !

Id imagine what they could do today