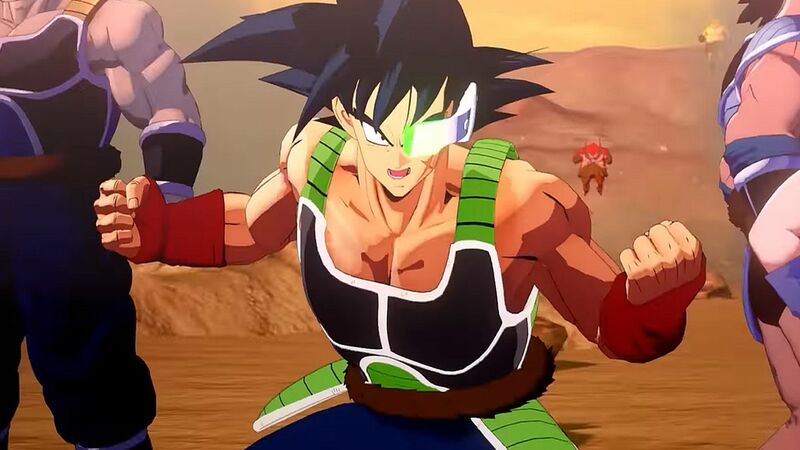 4.4
After being announced a few months ago, Dragon Ball Z: Kakarot's new DLC Bardock: Alone Against Fate now has a release date. A new trailer released by Bandai Namco this week confirmed that the DLC will help kick off the new year when it releases on January 13, the same day that the next-gen versions of the game will be available for the PlayStation 5 and Xbox Series X|S platforms. More DLC is planned afterwards with this new DLC being just the first release in a three-part for the game's Season Pass 2.

The DLC can be seen in the trailer below that previews Bardock's fight against several different ranks of Frieza Force members before Frieza himself makes an appearance at the end. Of course, those familiar with this Dragon Ball Z saga will know all too well how this turns out, but Bardock's a popular character, so his fate will likely do little to deter any who are already interested in the DLC.

While the story of the DLC is pretty much known at this point, Bandai Namco also shared more info recently on the plans for the game's console upgrades if you're going to be getting one of those come January 13th. It includes the usual suspects when it comes to these upgrades like improved performance and faster load times as well as some perks exclusive to this game's modes and features.

"Enhancements to the new-gen versions include faster loading times, fluid gameplay up to 60 FPS, and new visual details that enhance the immersion into the world of Dragon Ball," a preview of these upgrades said. "Dragon Ball Z: Kakarot's in-game card game, Card Warriors, will also be available in the new-gen versions of the title as an offline version for single players."

Towards the end of the trailer, Bandai Namco reminded players that there's more to come. Plans for the next two DLCs haven't been announced yet, nor have they been given release dates, but it's far from unprecedented to see Dragon Ball games get so much post-launch support like this given that games like Dragon Ball FighterZ and Dragon Ball Xenoverse 2 are still going strong.

These games are always fun man.