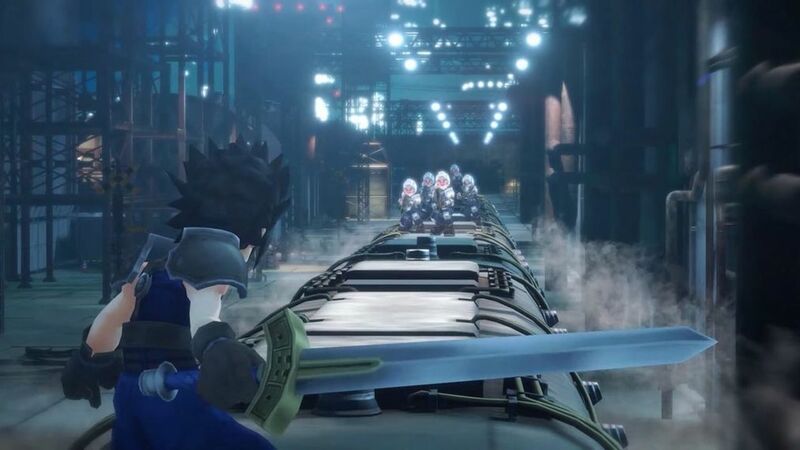 3.8
Final Fantasy VII: Ever Crisis debuted a new gameplay trailer today, confirming that a closed beta test will take place during summer 2023. The short gameplay snippet showcases Zack Fair in action against Ifrit in Wutai, before a young Sephiroth emerges, hinting that Square Enix's FFVII mobile compilation could feature scenarios that have not been introduced yet.

A closed beta for Final Fantasy VII: Ever Crisis was supposed to launch sometime in 2022, however, publisher Square Enix has announced that playtesting will be held instead during summer 2023. The new gameplay trailer below gives players an insight into what to expect from the upcoming free-to-play mobile RPG, showcasing how Zack and Sephiroth look in different costumes. The trailer begins with a sequence in which soldiers are positioned on a helicopter as though they are en route to a threat. After that, the game's campaign menu appears on the screen, where players can choose stories from FFVII and FFVII: Crisis Core to play.

Story chapters are split into two categories - the main section and a sub section. As seen in the trailer, each section offers more than one episode to complete and have a party character that players will be required to play with. After detailing the main menu, the gameplay footage showcases the protagonist, Zack Fair, taking on Ifrit with Sephiroth in turn-based combat, which can be switched to auto mode. Familiar sequences from the original game are included.

There is currently no firm release date for the closed beta test, which is said to be held next year. Given Crisis Core - Final Fantasy - VII Reunion will launch on December 13, more information regarding its mobile adaptation could be revealed soon. Developed by Applibot, Final Fantasy VII: Ever Crisis intends to be a remake of FFVII, featuring events from FFVII: Advent Children and Dirge of Cerberus. The free-to-play mobile RPG with in-game purchases will be available on IOS and Android at an undisclosed time.

In other Final Fantasy news, Square Enix announced during The Game Awards 2022 that the next mainline entry in the series, Final Fantasy 16, will release exclusively for the PlayStation 5 on June 22. Players can now pre-order the Collector's Edition for Final Fantasy 16 to receive an in-game weapon, a cloth map, and metal pins for the eight Eikons.

geez, more ff games being released. I can't keep up with it

Awesome for them can't believe they have this many games.