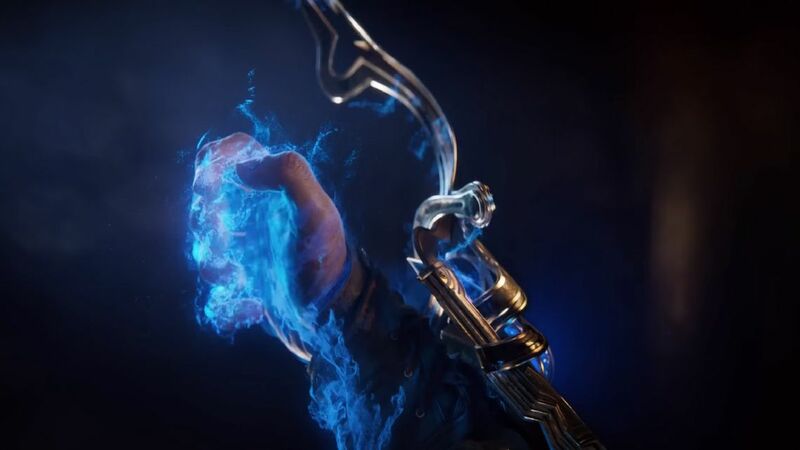 4.3
Bret Robbins, the Creative Director behind Dead Space and various Call of Duty titles, recently had an interview with gamesindustry.biz, in which he revealed that the inspiration for his upcoming fantasy FPS, Immortals of Aveum, came from one of the high-octane action sequences Call of Duty is known for.

"I remember viewing a level on Call of Duty," Robbins explained, "You’re running down a city street, there are helicopters soaring overhead, there are soldiers running with you firing assault rifles... everything was dialed to eleven." Robbins then recounted how he'd asked himself, what instead of a helicopter, it was a dragon, and instead of RPG explosions, it was fireballs? "What if instead of guns, we had awesome spells?"

Robbins got a desire to play such a game, but after being unable to find it, he decided to try and make it himself, later creating a new independent team for that very purpose called Ascendant Studios. "What we’re making now isn’t fantasy Call of Duty," he clarified, "But it is inspired by the idea of creating a very cinematic, fast-paced, action magic shooter." Little is known about Immortals of Aveum, except that it's going to be a triple-A FPS game set in a fantasy world, but Robbins does confirm that it's purely a single-player title.

Robbins also spoke on how his experience with Dead Space helped him outline the development for Immortals of Aveum. He described Dead Space as a rare situation in the gaming industry, in which the team at EA got the opportunity to "write on a blank page." Robbins claims that, to this day, he gets more questions about Dead Space than about Call of Duty. "It really created a cult following."

According to Robbins, the reason why Dead Space was so successful is that they were able to keep development corralled within a reasonable scope. "We just did a few things, and we did them very well." The team didn't try to add an excessive amount of mechanics or features, and instead focused on getting the shooting, the dismemberment, and the horror right. Later, for Immortals of Aveum, another "blank page" situation, Robbins knew that needed to set certain parameters from the start, or the team would lose its way.

Finally, Robbins revealed that a good number of his employees are veterans from the original Telltale Games studio, which went defunct in 2018. Apparently, when the studio shut down, the then-jobless Telltale devs were hanging out in a nearby Bay Area bar, so Robbins and his small team went out to meet them. Robbins ended up hiring "at least half a dozen people, some of them very high up in the studio."

"Immortals Of Aveum Studio Head Says His Game Was Inspired By CoD" :: Login/Create an Account :: 2 comments

inspired by COD, and it more likely be better than COD

Maybe the old cods haha I don't think the new code inspire anybody.