Crash Team Rumble Will Have Cross-Play 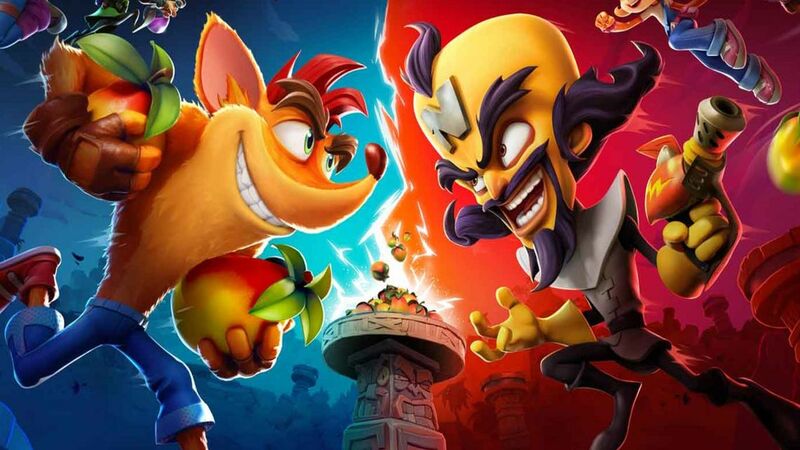 3.8
Crash Team Rumble will have cross-platform multiplayer, according to the game's description on the Activision website. Players across PlayStation and Xbox platforms will be able to team up to take each other on in the new multiplayer game, which is currently set to release at some point next year.

However, unlike previous Crash games since his post-N.Sane Trilogy renaissance, Nintendo Switch players will not be able to get it on the fun. The game page makes no mention of a Switch port, even one that comes after the initial launch, meaning that those who only have the hybrid console may miss out on the latest Crash instalment.

"Featuring cross-platform play, Crash Team Rumble will feature fur-ocious strategic gameplay elements that are sure to turn the tide of the match in hilarious ways," reads the game's description. "There’s something here for everyone, from a casual pick-up-and-play experience to leveraging the most out of each hero’s unique abilities."

This means that regardless of what you're playing on - PS4, PS5, Xbox One, or Xbox Series X/S - you will be able to play with your pals. Although admittedly, it's not exactly clear what it is you'll be playing, as we only have a brief trailer and a vague description to go by right now.

One thing we can probably assume is that this isn't the same game we heard about in the "Wumpa League" leaks over the past two years. As we reported this morning, it seems that the project that we called Wumpa League was actually a cancelled "Versus" mode for Crash Bandicoot 4: It's About Time. When this was scrapped over time constraints, the idea was apparently shelved entirely, as Toys for Bob devs were moved onto Call of Duty games. Therefore, Team Rumble may be something of a spiritual successor to what we were calling Wumpa League, rather than a continuation of its development.

We'll likely hear some more news later in 2023, as the game doesn't even have a set release date yet. Hopefully, this will also give us an idea of how the game will work, and whether or not it's free to play as some are assuming.

"Crash Team Rumble Will Have Cross-Play" :: Login/Create an Account :: 3 comments

nice for them making it cross-play, but would love to see a gameplay trailer very soon

It will be nice when the game, Crash Team rumble had more info on it lol