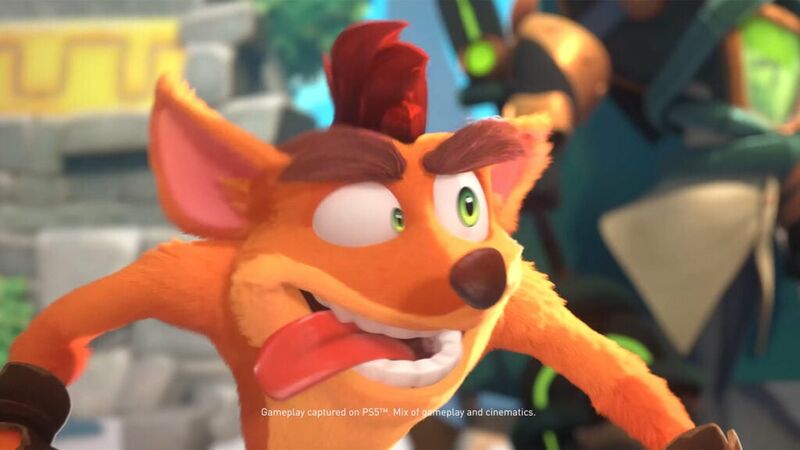 3.8
A new Crash Bandicoot game has been confirmed, after months of speculation.

The game, which will be developed by Crash Bandicoot 4 studio Toys For Bob, will be named Crash Team Rumble.

It’s assumed that this is the new title of Crash Bandcioot: Wumpa League, a game whose existence has been the source of speculation for some time now.

Crash Team Rumble will be released in 2023, and has currently been confirmed for PS5, PS4, Xbox Series X/S and Xbox One.

The game is a team-based platformer where players control either the heroes or villains in a “team-vs-team rumble”.

“Join the heroes and villains of the Crash universe as they face off in an epic team vs team Wumpa-collecting, island-hopping championship,” the game’s official blurb reads.

It was suggested back in June that Toys for Bob could be working on a new Crash Bandicoot game.

The Skylanders and Crash Bandicoot developer then teased a new game in August, tweeting an image showing the 17 games it has developed and leaving space for a mystery 18th title.

Most recently, in early October press and influencers were sent pizza boxes seemingly confirming that the game would be announced at The Game Awards.

A sticker on the box read “hungry for more? Try our new Wumpa Pizza for $12.08,” an apparent reference to The Game Awards’ December 8 date.

The Wumpa Pizza reference led many to believe that the game would be called Wumpa League, a name that has been rumoured for some time.

only seems like yesterday the last one came out

This will be hilarious fr lol I'd try it out !