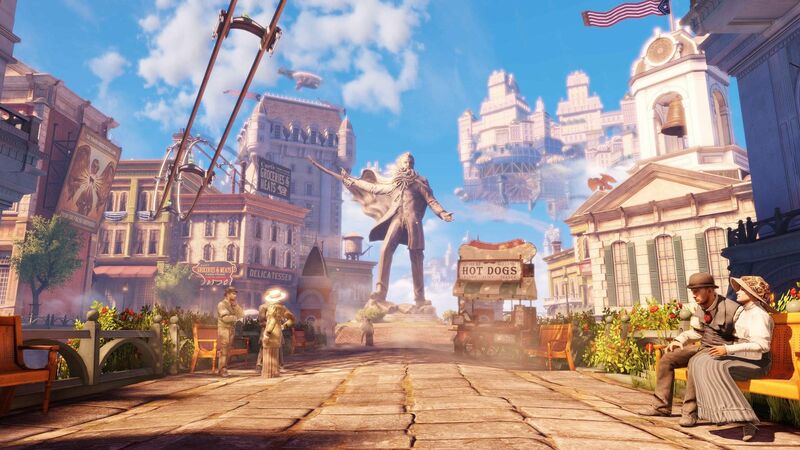 4.7
The writer behind Ubisoft open-world hit Far Cry 5 and Sony sandbox Ghost of Tsushima – with other credits on Assassin’s Creed and Watch Dogs Legion – is confirmed as the narrative lead for BioShock 4, as Irrational’s FPS game Bioshock Infinite nears its tenth anniversary, and 2K and Firaxis spin-off studio Cloud Chamber pushes forward with its sequel shooter.

Liz Albl, who worked on the scripts for Far Cry 5 as well as Assassin’s Creed Black Flag, Far Cry 4, and Watch Dogs Legion, shares that they have joined Cloud Chamber – the new 2K-backed studio founded to develop BioShock 4 – as narrative lead. Details on the game remain thin and far between, though 2K announced in 2019 that development would potentially take “several years,” with various, subsequent leaks suggesting the next BioShock would be set in the 1960s within an abandoned research base in the Antarctic.

The last mainline BioShock game, BioShock Infinite, released all the way back in 2013, with DLC expansions Burial at Sea following shortly after. Irrational Games, previously 2K Boston, developed Infinite and the original BioShock, before rebranding in 2017 as Ghost Story Games. Helmed by BioShock director Ken Levine, Ghost Story Games’ first project is still unannounced. The BioShock license has since shifted to Cloud Chamber.

“The dream is real,” says Albl, who has also worked on Assassin’s Creed Rogue. “So happy to announce I’ve joined Cloud Chamber as narrative lead on BioShock.”

Though opinions on Infinite remain mixed, the high watermark set by the original BioShock, and the much-underloved BioShock 2, certainly have us excited for a return to the philosophically concerned FPS. The Antarctic sounds like a decent setting, too, offering a change in visual style and aesthetic that could help the new BioShock feel suitably fresh.

As we look ahead to more BioShock sequel details, keep an eye on the best upcoming games in 2023. You might also want to try out some great old games, since the original ‘Shock is now aged enough to be described as ‘retro’– there’s a thought to keep you awake.

"BioShock 4 is being written by the person behind Far Cry 5" :: Login/Create an Account :: 2 comments

As long as they do a great on the story and characters, we all will be happy