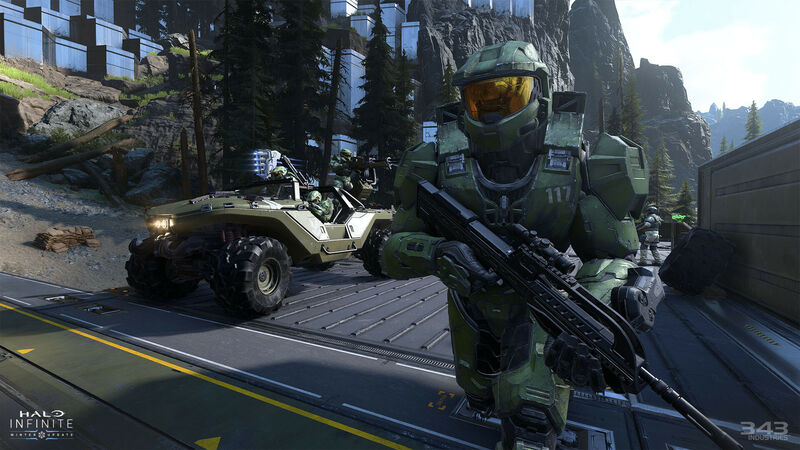 Tom French shared the news in a tweet on Friday, writing: “After over 11 1/2 years on Halo, I step out of my Spartan armor for the last time today to head off to new adventures.

“It’s been a massive honor to have been part of a game I loved so much as a player and admired so much as a developer. I couldn’t be more proud of my time at 343.”

French’s departure coincides with the recent arrival of long-awaited features such as campaign co-op, the Forge open beta, and Mission Replay, all of which were previously delayed on several occasions.

The exit also follows other senior departures from the Microsoft studio, including its director of engineering and Bonnie Ross, who was the studio head for 15 years.

Historically, Halo Infinite has had a troubled production, suffering various delays and changes of leadership in the years leading up to its December 2021 release and since.

Following the arrival of the game’s major Winter Update last month, 343 thanked Halo Infinite fans for their patience during a year in which the studio struggled to deliver several highly anticipated features for the game.

“We know it certainly hasn’t been the smoothest or quickest ride, but with the Winter Update we have an opportunity to show our thanks for the community’s dedication and feedback which serves as the north star guiding us to evolve the player experience of Halo Infinite,” wrote community writer Alex Wakeford.

After over 11 1/2 years on Halo, I step out of my Spartan armor for the last time today to head off to new adventures. It's been a massive honor to have been part of a game I loved so much as a player and admired so much as a developer. I couldn't be more proud of my time at 343. pic.twitter.com/2CBD7kOPIj


“The Winter Update marks a major step forward for our game and studio, but this is just the first step of that evolution. The team is actively working on key player experience priorities across the game to address areas of feedback, and we are targeting another game update before the end of this year.

“Your support is greatly appreciated, and we can’t wait to turn this corner with you all in 2023 as we look to shorter seasons, a more regular stream of content, and bigger things to come.”

Halo Infinite’s third season, ‘Echoes Within’, is scheduled to launch in March 2023 and run until June.

And prolific Texas-based support studio Certain Affinity announced in September that it’s leading development on “something big and new for the franchise”.

The franchise is going belly up anyways

Yeah I don't see halo being big or around to much longer.