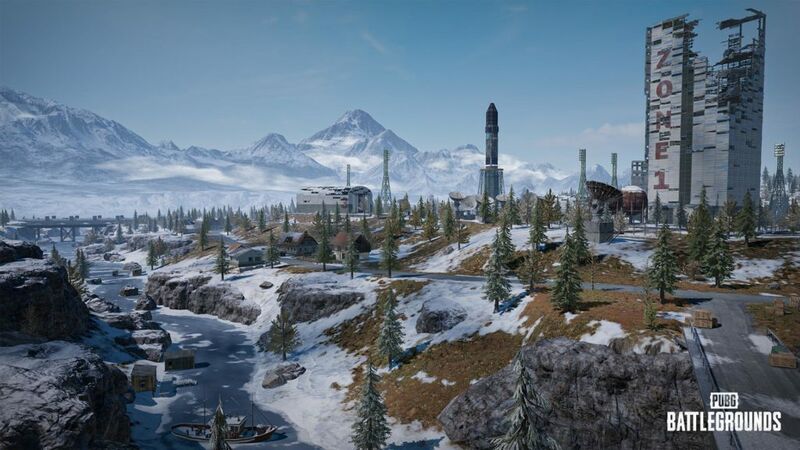 3.8
PUBG: Battlegrounds is redoing another of its maps soon with Krafton showing off some of our first and best looks yet at the new and improved Vikendi this week. It's called "Vikendi Reborn," and as such, it's been redone essentially from the ground up. It'll also be accompanied by the return of the snowmobile, a vehicle that's been tied to the snowy map in the past and will be back alongside the redone Vikendi.

Throughout the week, PUBG players may have seen the game's social accounts teasing this big Vikendi update through posts like the one below that showed off the minimap for Vikendi Reborn. We see different points of interest marked throughout the broader overview of the map alongside a split image showing off specific areas that players will likely be dropping into whenever they're playing on the new map. It's supposed to release on December 6th, so it won't be long soon till players are able to explore it for themselves.

We present you the official minimap of Vikendi Reborn! Keep your eyes open as the video will showcase some key areas. 👀
What do you think the map's size will be? ⛄x⛄ (Hint, hint)#PUBG #BATTLEGROUNDS #VikendiReborn pic.twitter.com/NSG6Yq0Iq6


In addition to this teaser, PUBG also showed off the return of the snowmobile which, based on the preview shown so far, is really just a snowmobile and nothing more. It's still worth noticing, however, since the PUBG team says it's been "improved" now alongside the map overall.

Improved Snowmobile is coming back with #VikendiReborn. Are you ready for some snowmobile action just like in the old days?#VikendiReborn #Snowmobile #Returns pic.twitter.com/99gCA4gMjj


These teases are just two of the ones that we've gotten over time with more of them shared through the game's YouTube channel and other socials, so suffice it to say that these sorts of teasers aren't going to be stopping anytime soon during the buildup to the relaunch of Vikendi. The developers also recently held a special livestream where they talked more about Vikendi Reborn and gave away some G-Coin, too, though it doesn't appear that the livestream has been reuploaded to the game's official channels yet at this time.

PUBG's Vikendi Reborn map will arrive in the game on December 6th alongside an update that'll definitely be accompanied by its own set of patch notes to peruse, so expect to see those released in the next couple of days to give a detailed breakdown of everything that's new.

Seriously can't believe this is still going, fair play to them