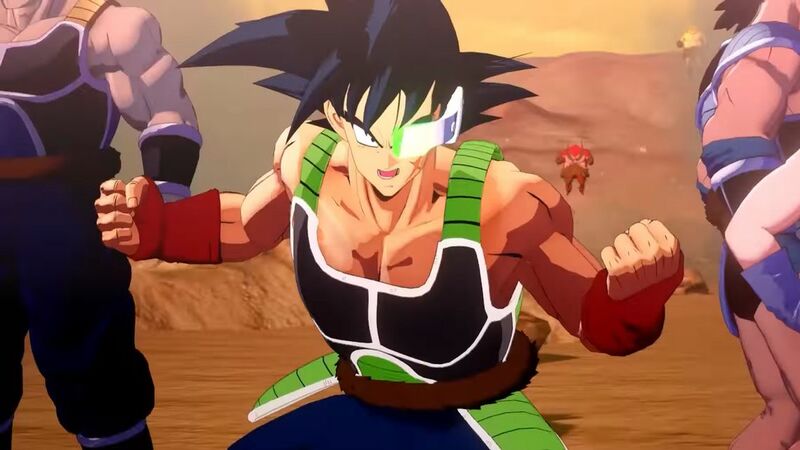 4.3
Bandai Namco shared a gameplay video preview of Dragon Ball Z: Kakarot's upcoming DLC Expansion, Bardock - Alone Against Fate. This video showcases a battle on Planet Kanassa, a key location in the original animated special that this DLC is based on. It came as a surprise to some fans to hear that Dragon Ball Z: Kakarot would be getting more DLC, especially after going silent in 2022. After a brief period of rumors, Bandai Namco confirmed Kakarot would be getting a second season pass, with the first DLC being based on Bardock: The Father of Goku, which will release in 2023.

Bardock: The Father of Goku was an original TV animated special that was released in 1990, acting as a prequel to the original Dragon Ball anime. It expanded on the origins of Goku before the destruction of Planet Vegeta. The original manga made Bardock's tragic tale as the canonical backstory for Goku up until the release of Dragon Ball Minus, which is contentious for altering the past and the character. For the time being, however, this DLC seems to be adapting the original without any influence of Minus.

Much like the start of the animated special, the Bardock - Alone Against Fate DLC starts with the titular character and his crew of Saiyan compatriots on a routine mission to Planet Kanassa. The gameplay video shows the player must defeat 145 Kanassans in a horde, with each one having a smaller health bar to make the gameplay quick and easy, emphasizing the massive power gap between the Saiyans and the Kanassans.

Bardock's moveset and animations are unique, making him stand out among the other playable characters in Dragon Ball Z: Kakarot. Bardock's moves are more brutal, where he can also use an energy beam in the middle of an attack chain. Players can have Fasha use a support move, where she fires a ki blast into the air before it rains down on their enemies. Tora functions the same way, firing a bullet of energy straight in front of them.

When enough enemies are defeated, Bardock, Tora, and Fasha will team up and blast away a large portion of enemies, racking up the enemy count requirement by a bit. Many fans commended Bardock's gameplay, noting how the power fantasy is captured when fighting against several enemies in a horde. Fans wonder what the two other DLC for Dragon Ball Z: Kakarot would be adapting, with some thinking it will be based on the movies with Broly or Cooler.

Dragon Ball Z: Kakarot is available now for PC, PS4, Switch, and Xbox One. It will release on PS5 and Xbox Series X/S in 2023.

Never played it, don't like the look of it

Wouldn't waste my money or game time with it

I dont watch it anymore but I love the dbz games