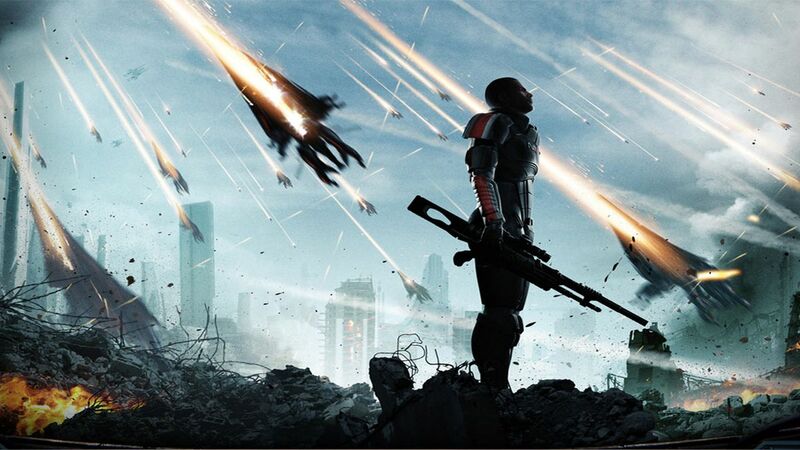 4.2
Mass Effect 3 has a pretty hilarious alternate ending and it's finally been shared with world. Mass Effect is one of the most renowned franchises in gaming, particularly when it comes to the RPG genre. It told the tale of Commander Shepherd and his elite group of allies as they worked to destroy the Reapers, an alien force that put the entire galaxy at risk. It's a pretty serious, heavy story that many were incredibly moved and riveted by. However, when Mass Effect 3 concluded that story, there was a lot of backlash. The ending left a bad taste in people's mouths and really hurt an otherwise rock-solid game, even prompting BioWare to make changes to the ending after the fact.

However, there's an alternate ending that would've drastically changed things. Ex-BioWare developer Violet McVinnie took to Twitter and revealed that she had a tradition for when she finished a BioWare game. She would make a cinematic where the characters would literally and kiss and make up instead of a big deadly battle, resolving all of the conflict. The one she made for Mass Effect 3 was as perfect as you could hope for as Shepherd sprints through chaos to embrace with the Illusive Man. Obviously, this was never actually intended to be included in the game and was just a silly joke for the team, but it's great to see it hit the internet. Only time will tell if McVinnie releases any of the other cinematics she did for other games, but this one alone is well worth it.

So I had an interesting habit when I worked at BioWare. The day after we finished making a game I'd always throw together a quick video envisioning what it would be like if our characters would just kiss and make up. I'd need to find the Dragon Age version again. pic.twitter.com/6i4mcGraeX


The Mass Effect franchise was also incredibly well known for being very sexual. You could romance a lot of characters and carry on long term relationships with pretty much everyone on your ship. Of course, the Illusive Man was very much not one of the characters you could romance, so this alternate ending provides a look at what could've been.

Yeah, it's always nice to have alternative endings, especially hilarious ones