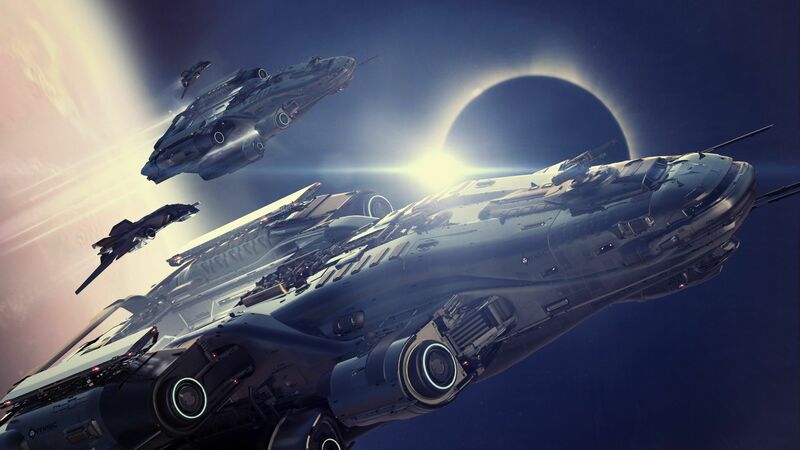 3.7
Star Citizen’s Interactive Aerospace Expo (IAE) 2952 is still ongoing, and the crowdfunding total continues to rise. According to the funding stat tracker on Roberts Space Industries, $526,692,740 in crowdfunding has been contributed thus far. The massively multiplayer space title crossed $500 million back in September.

The uptick in funding may be due to IAE 2952, and since it ends on November 30th, we could see the crowdfunding total increase again. It makes some sense, considering this is the game’s biggest event each year and marks the year 2952 in the game’s universe. Along with being free-to-play for the event’s duration, there are different in-game manufacturers players can check out and potentially purchase ships from with real money.

Star Citizen is still in development for PC, after being announced over a decade ago. There have been some controversies, from various delays to rumors of toxic work culture.

If you haven't checked out star citizen already I would definitely recommend you do. Today is the last day for the free fly event and I can almost guarantee you'll enjoy your time in the 'verse. Lots of friendly players but at the same time you'll need to watch your back and who you let aboard your ship. With the newest patch (3.18) it's really going to change how the game is played in so many ways while also adding three or four new game loops for players to participate in along with a greatly sought after feature called Persistent Entity Streaming.

That's nuts lol congrats to them for it

All I want is for them to finish my Banu Merchantman :(

I do genuinely think the Star Citizen team deserves the funding they've received. It's a buggy game, but its fun and a labor of love. For anyone who hasn't played yet, give it a shot during a free weekend. It's so worth the time.