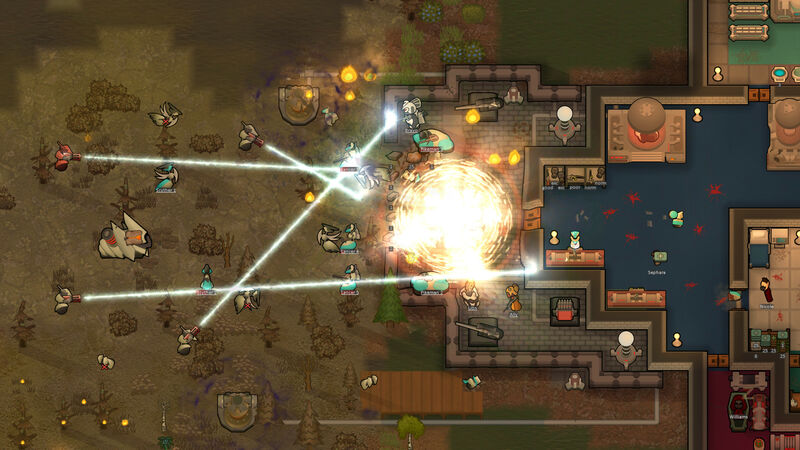 4
Colony management game RimWorld just saw the launch of a big expansion that adds all kinds of new genetic and robotic possibilities to the mix. With the latest RimWorld update, the Biotech Expansion becomes more compatible with other components of the game – specifically, the Ideology expansion that launched last year. The combined expansions offer new narrative possibilities in RimWorld, and they all can add interesting wrinkles to your next colony.

With RimWorld update 1.4, several new Ideology precepts are available that tie into possibilities created by the addition of Biotech. Your people might develop a belief about bloodfeeders: people who revere bloodfeeders won’t have a problem with being snacked on by vampires, and will in fact like having them around. On the other hand, a people may revile them and turn into an enclave of dedicated vampire hunters.

Ideoligions can develop preferences for xenotypes, favouring certain characteristics or species above others. Believers will strongly prefer to live in colonies where people display these attributes, and they’ll resist attempts to turn them into any non-preferred xenotype.

With the Ideology expansion having introduced technology lovers and haters, RimWorld creator Tynan Sylvester felt these attitudes should probably carry over to the use of growth vats – you might have an ideology that believes growth vats are essential to their continued existence, but they’ll be grossed out by more traditional means of reproduction.

There are plenty more changes in update 1.4, and the full patch notes have all the details. Check out the best RimWorld mods if you want to customise your next game even more.

I going to buy it

My god I would never play this crap lol