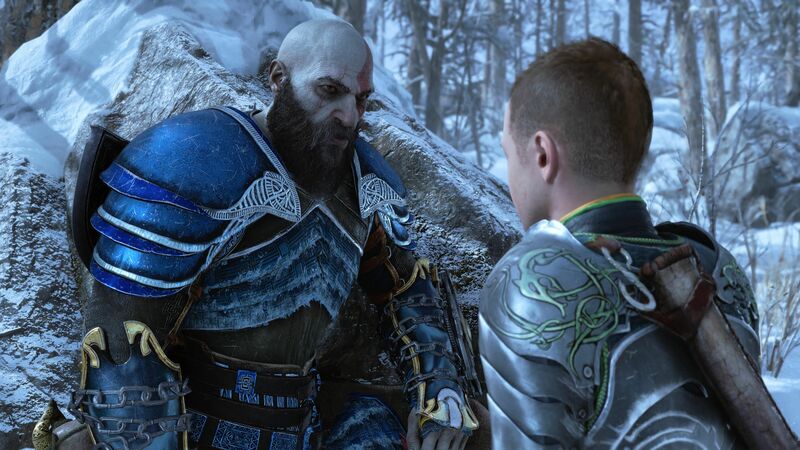 3.6
God of War director Cory Barlog has teased that a new game in the long-running PlayStation franchise will come about in the future. Although the latest entry in the series, God of War Ragnarok, has only been out for about a week, the highly-anticipated sequel left many questions unanswered, which has left fans clamoring for answers. And while it's not certain when these answers will come about, Barlog has indicated that they will be disclosed in a new God of War game down the road.

Warning: Slight spoilers for God of War Ragnarok are found below.

In a recent interaction on Twitter, Barlog addressed a comment that one fan had dealing with the final moments of God of War Ragnarok. While clarifying what happened at this moment in Ragnarok, Barlog acknowledged that all of the answers around this circumstance weren't addressed. To that end, he stated that these revelations are being left to be explored in "another game." While Barlog didn't go on to say anything further on this front, the implication seemed clear that the God of Was series isn't meant to end here with Ragnarok.

but how he got back in time...well...thats a story for another game.


In a general sense, it shouldn't be shocking whatsoever that the God of War series will continue on. Not only does Ragnarok itself pave the way for future titles in the series, but God of War as a whole is one of PlayStation's most profitable properties. As such, the idea that Sony wouldn't want those at Santa Monica Studio to continue making new entries in the series is something that seems very unlikely.

What remains to be seen, though, is the direction that Santa Monica Studio might opt to go. Even though Santa Monica Studio said that it would be ending God of War's story arc in the Norse pantheon with Ragnarok, the end of the game suggests that there could be more adventures left to be had in this realm. We likely won't know for quite some time where the God of War saga might end up next, but either way, this definitely doesn't seem to be the end point.

Runts They need to just keep going. Also make a spin off with Atreus

Atreus is ass tho I really don't want to follow his story anymore. He's arrogant and just plain annoying.

definitely out did it with the graphics looks really clear can't wait for this .. if it happens

They need to just keep going. Also make a spin off with Atreus