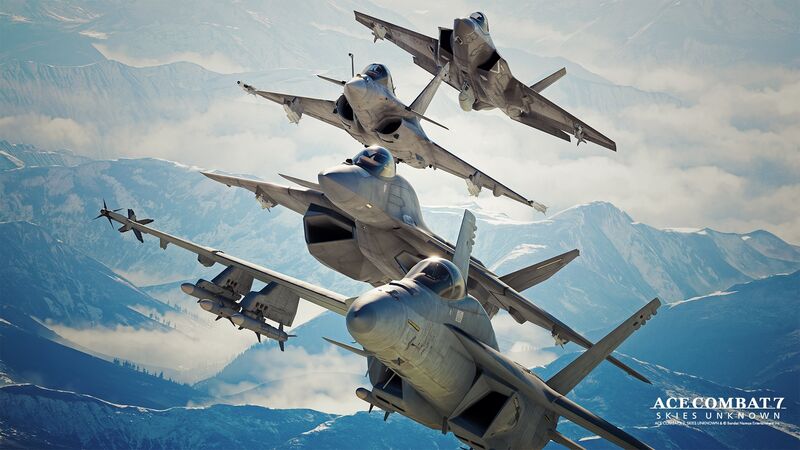 3.8
Ace Combat as a franchise has always toed the line between being a mainstream hit and something of a niche favourite perfectly, but it has, of course, also seen some steady growth in recent years. 2019’s Ace Combat 7: Skies Unknown has received widespread praise from the series’ fans, and now, it has crossed another notable sales milestone.

Bandai Namco has announced that the 2019 flight and combat simulation title has now sold over 4 million units worldwide since its launch across PlayStation, Xbox, and PC. In August last year, it was announced that sales had hit the 3 million mark, so clearly they’ve kept up a solid pace even this far out from the game’s initial release.

Bandai Namco is currently also working on the next Ace Combat game, which is being built on Unreal Engine 5. The game’s development is being handled by ILCA, the studio that developed Pokemon Brilliant Diamond and Shining Pearl. Earlier this year, it was announced that Bandai Namco and ILCA had jointly established Bandai Namco Aces for Ace Combat 8’s development.

Not a game I would play, but congrtas on the 4 mil copies sold

4 million is a lot for a game i never even knew was out!

I've never even heard of this game lol. But congrats to them 4 million is a lot !